The Chrysler Pacifica is a minivan that has been in production since 2017. It is known for its spacious interior, fuel efficiency, and advanced safety features. However, like all vehicles, the Pacifica does not come without its own set of known issues.

In this article, we’ll take a closer look at the 2017-2022 models along with the common complaints and problems identified in each.

If you leased or purchased a defective Chrysler Pacifica it is very likely that you are entitled to compensation.  Contact Cali Lemon Lawyers for a free case evaluation. 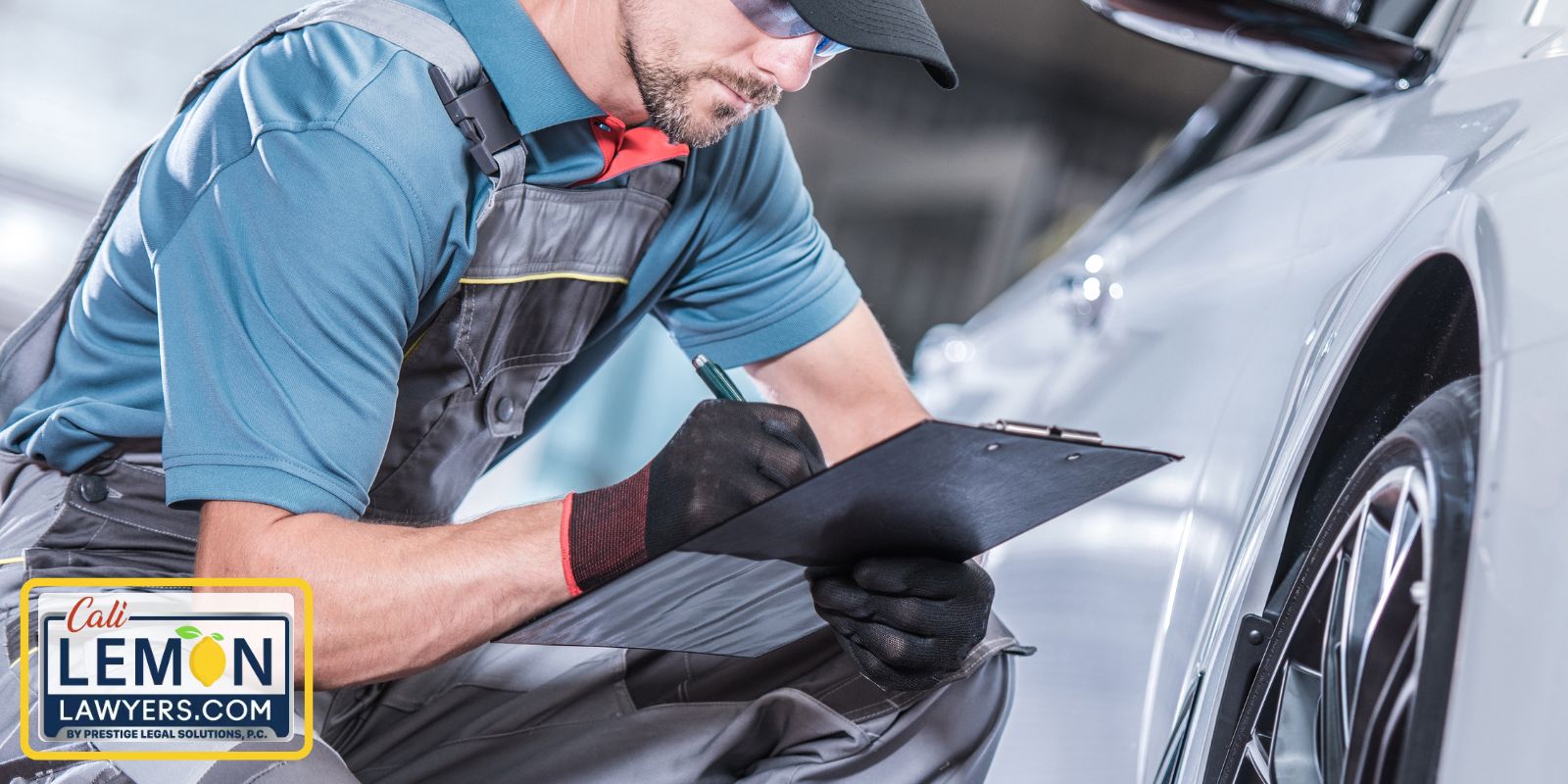 As of January 2023, there have been nearly 1,000 NHTSA complaints reported regarding the 2017 Chrysler Pacifica. Many of these include issues with the transmission, electrical system, and engine.

Some of the transmission problems reported by owners include: 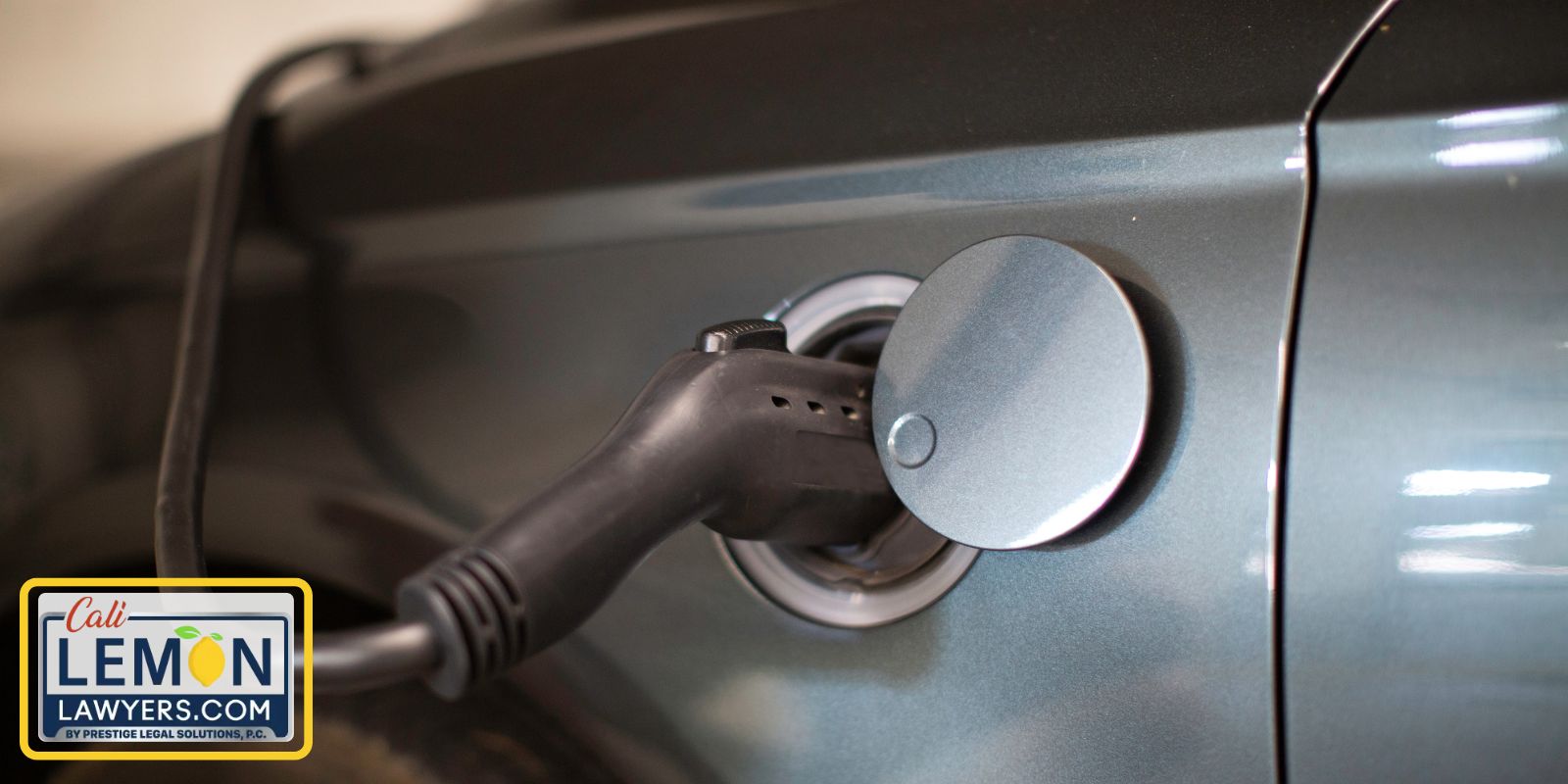 Some of the most common problems reported by owners include: 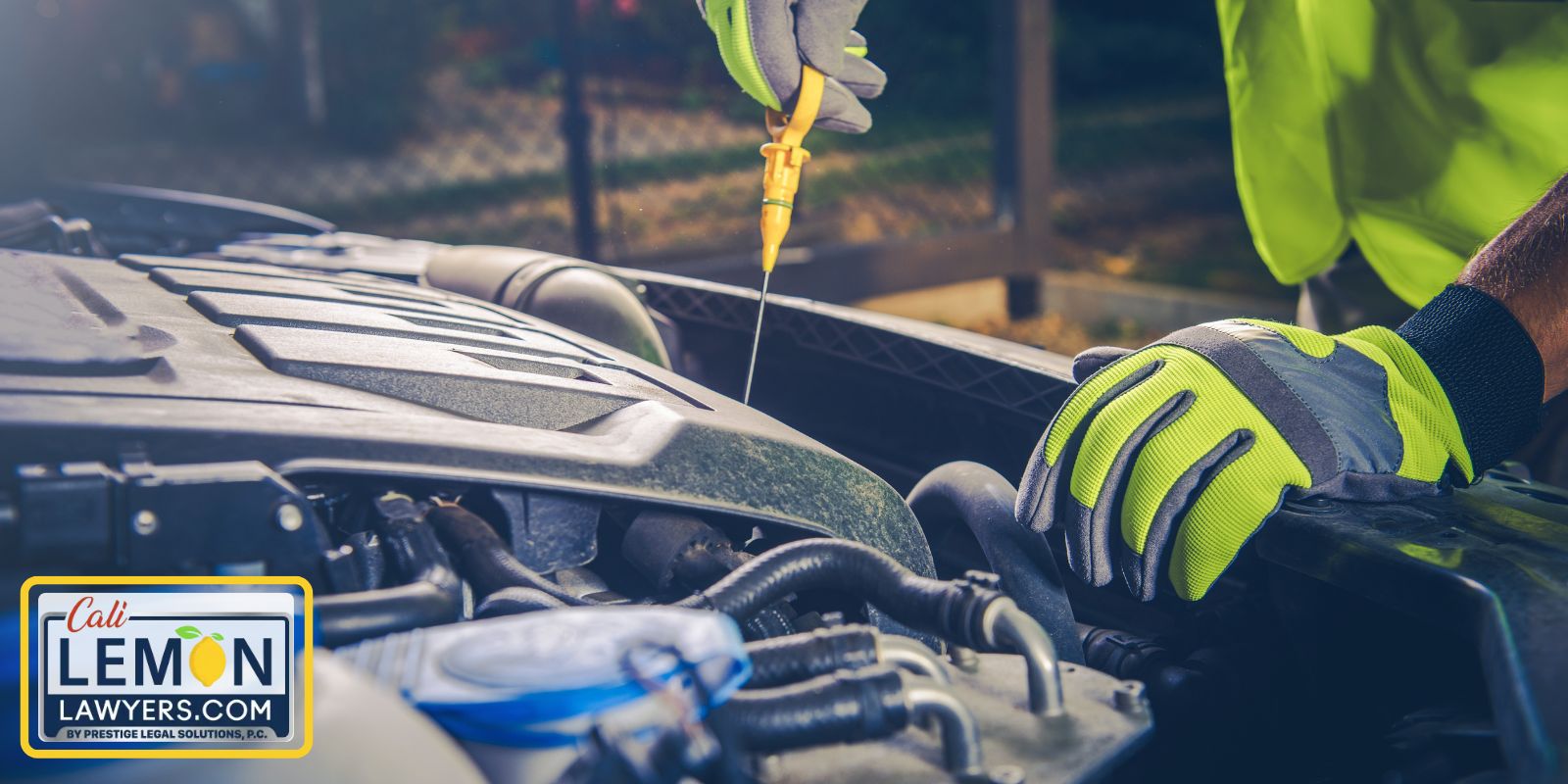 Some of the most common engine issues reported by owners include: 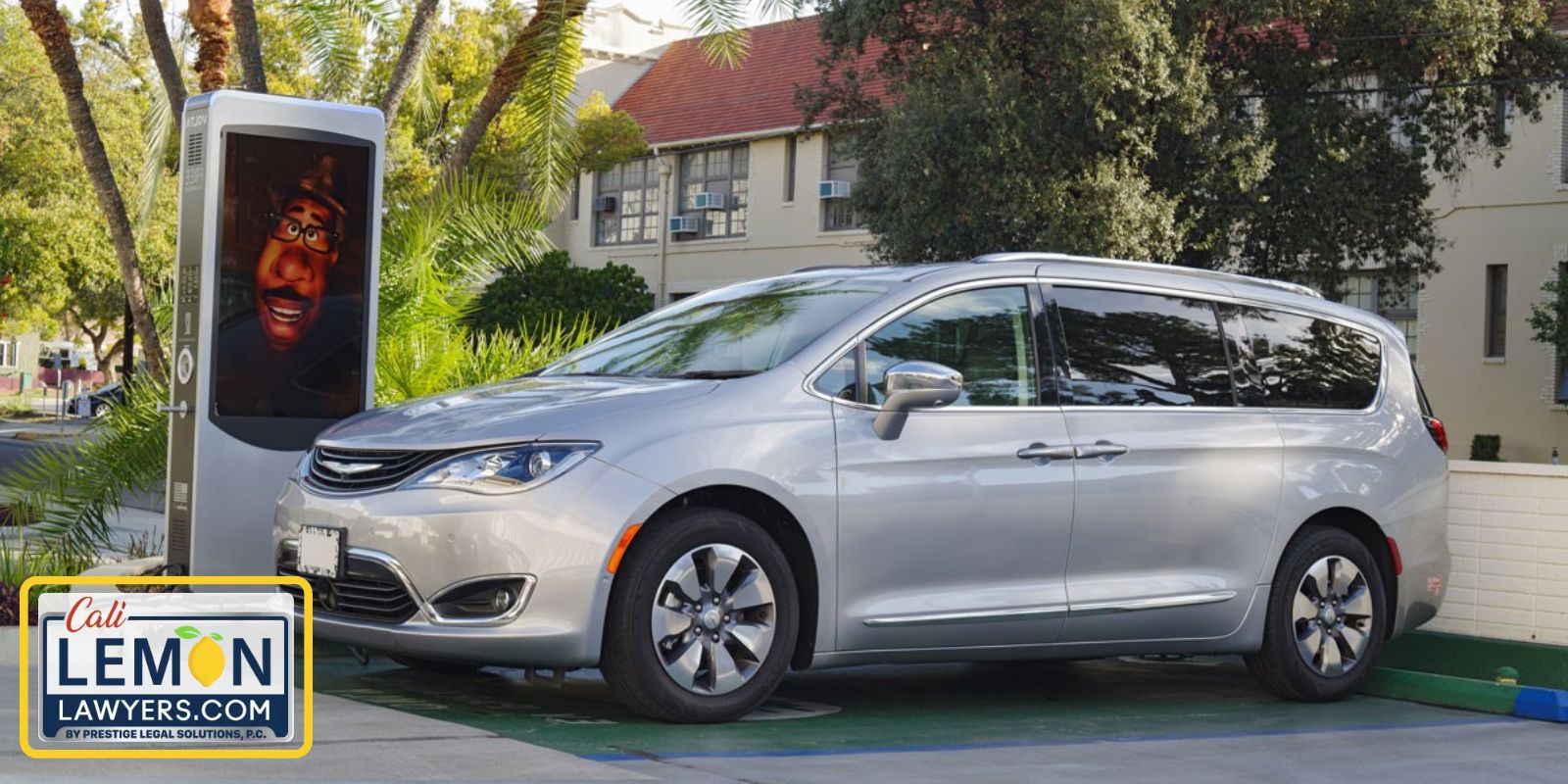 As of January 2023, there have been nearly 500 NHTSA complaints reported regarding the 2018 Chrysler Pacifica. Similar to the 2017 model, many of these include complaints include transmission, electrical, and engine issues.

With regards to the engine and according to a recent NHTSA complaint in December 2022 one driver noted: “At 63,000 miles engine misfire occurred needing to replace the head gasket causing leaking coolant into the combustion chamber causing a misfire. Very concerning considering relevtivly low milleage and potential ongoing engine concerns. Wife and children were driving when check engine light went on, resulting in misfire causing car to shutter and stiring wheel shake. Car is curently being serviced at the dealer. There were no early indicators prior to this incident.”

As for electrical problems, recent complaints have included the the electronic stability control: “DRIVING ON MAJOR HIGHWAY AT 70 MPH, CAR SUDDENLY LOST POWER WITH NO WARNING OTHER THAN A MESSAGE ON DASH ‘PARKING BRAKE MAY TEMPORARILY BE UNAVAILABLE’, CAR DID NOT SHUT OFF BUT GAS PEDAL UNRESPONSIVE. PULLED OVER, TURNED OFF CAR, RESTARTED, PUT IN DRIVE, CAR DID NOT MOVE. NEW MESSAGE: SERVICE TRANS, PRESS BRAKE WHEN STOPPED, KEY OFF ENGINE TO ENGAGE PARK. PREVIOUS TWO DAYS, HAD TROUBLE ,TOOK 4 TRY’S TO START CAR FROM KEY FOB. CAR HAS 30391 MILES, I HAVE OWNED IT 2 MONTHS. HAD TO BE TOWED TO DEALERSHIP.” 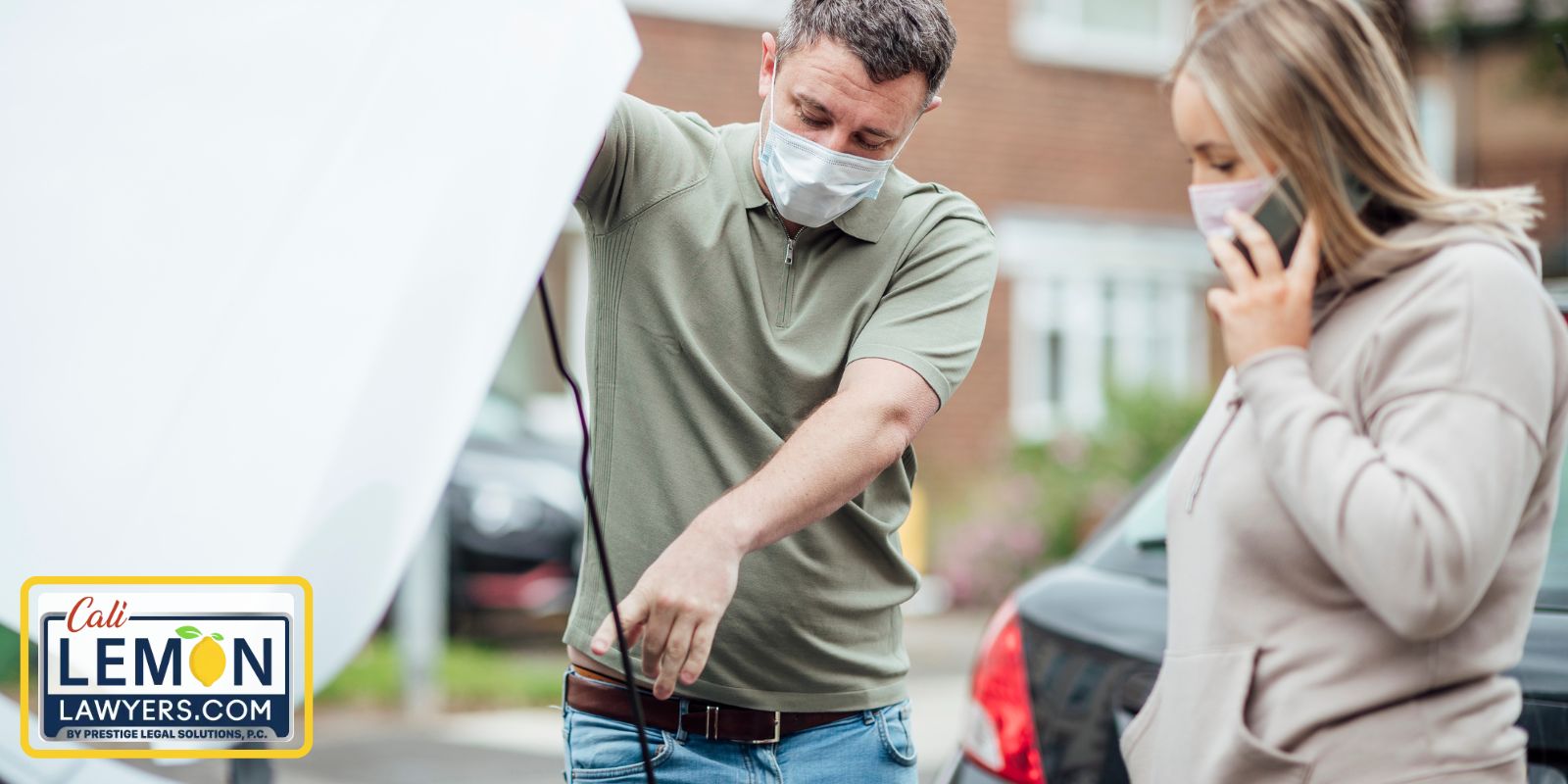 As of January 2023, there have been nearly 150 NHTSA complaints reported regarding the 2019 Chrysler Pacifica. Like the previous models, many of these also include issues with the transmission, electrical, and engine.

The NHTSA’s Office of Defects Investigation has received a significant number of complaints from owners of 2019-2021 Chrysler Pacifica PHEVs regarding issues with stalling or loss of power. According to the reports, these incidents tend to occur at higher speeds, leading to the disablement of the vehicle. Many of the complaints allege that these issues have caused significant inconvenience and potentially even dangerous situations for drivers. The agency has been reviewing these complaints to determine if further action, such as a recall, is necessary.

A recent complaint in December 2022 reported that the car simply shut off while driving.

As of January 2023, there have been 54 NHTSA complaints, 1 investigation and 1 recall reported for the 2020 Chrysler Pacifica. The most significant problems involve the electrical system, engine and powertrain.

Owners of the 2020 Chrysler Pacifica have reported issues with the transmission, specifically a “hard shifting” problem that affects the powertrain. Some Pacifica owners have experienced this issue after having an update performed on the Powertrain Control Module. Chrysler is aware of these transmission issues and has released a Technical Service Bulletin to address the problem. The hard shifting issue has caused inconvenience and potentially dangerous situations for some Pacifica owners.

One December 2022 complaint summary stated: “The contact owns a 2020 Chrysler Pacifica. The contact stated while driving at an undisclosed speed, the vehicle made abnormal sounds with the Auto Start/Stop, and electronic throttle control warning lights illuminated. The vehicle was taken to the dealer; however, the dealer was unable to duplicate the failure, and no error codes were retrieved. The dealer replaced the battery; however, the failure recurred with the brake warning light illuminated. Additionally, while the vehicle was being taken back to the dealer, the vehicle unexpectedly rolled backward while the transmission was shifted into drive(D). The dealer test-drove the vehicle; however, no error codes were retrieved. The vehicle was not repaired and remained at the dealer. The manufacturer was not made aware of the failure. The failure mileage was unknown.”

There have been several reports of issues with the electrical system in the 2021 Chrysler Pacifica. Some owners have reported problems with the functionality of the cruise control, touchscreen computer system, battery, and charging system.

Some of the potential consequences of electrical system problems in the Pacifica may include:

Some owners have reported problems with the engine, such as stalling, misfiring, and reduced power. These issues can be caused by a variety of factors, such as faulty sensors, dirty fuel injectors, or a malfunctioning catalytic converter.

Some of the potential consequences of engine problems in the Pacifica may include:

There have also been numerous complaints about transmission problems, with some owners reporting that their Pacifica shut down suddenly while driving and displayed transmission errors. Other owners have reported that dealers have told them that the issue is a known problem, while others have been told that it is a problem with the computer system. In some cases, dealers have replaced the transmission or hybrid battery in an attempt to address these issues.

There have been several reports of issues with the powertrain in the 2021 Chrysler Pacifica. Some owners have reported transmission problems, including sudden shutdowns while driving and error messages.

A NHTSA review from January 3rd, 2023 stated: “Traveling on the highway, the vehicle engine turned off. The vehicle would not accelerate and only coast. Driver display says “Shift into P to start” and “Service charging system”. After coasting to the side of the highway, I was able to restart the vehicle after shifting into Park but a check engine light came on after the restart(No check engine light was present before this incident). Our safety and others were at risk due to vehicle unable to move. Had there been no emergency lane, our vehicle would have been stopped on the highway. This engine stalling incident had occurred another 6 times within 2 days. Vehicle was brought into the dealership with check engine code P0A43. Dealer said they were unable to reproduce the engine stall and have released the vehicle back. Vehicle is available for inspection upon request. No warning lamps, messages, or any other symptoms prior to the 1st failure.”

Problems with the fuel/propulsion system can have a number of negative consequences. These may include reduced performance, increased fuel consumption, difficulty starting the vehicle, safety concerns, and damage to other components.

As of January 2023, there have been 29 NHTSA complaints, 0 investigations and 2 recalls reported for the 2022 Chrysler Pacifica. The most common complaints have been with the engine and powertrain.

On August 11, 2022, the NHTSA issued a recall for certain 2022 Chrysler Pacifica and Voyager vehicles. The recall was prompted by the discovery that the windshield wiper arm nuts on these vehicles may be improperly tightened, potentially causing the wipers to not function properly. This poses an increased risk of crash due to reduced visibility in certain weather conditions. The recall only affects a total of 508 vehicles.

On March 24, 2022, the National Highway Traffic Safety Administration (NHTSA) issued a recall for certain 2021-2022 Chrysler Pacifica and 2021 Voyager vehicles. The recall was prompted by the discovery that the second-row seat-to-floor mounting latch on these vehicles may bind and stick open, potentially preventing the seat from properly securing to the floor. This poses an increased risk of injury in a crash and also means that these vehicles do not comply with the requirements of Federal Motor Vehicle Safety Standard number 225, “Child Restraint Anchorage Systems.” The recall affects a total of 1,160 vehicles. Chrysler (FCA US, LLC) will inspect and, if necessary, replace the second-row seat cushion frame for affected vehicles free of charge. Owner notification letters were mailed on April 7, 2022 and owners may contact FCA customer service at 1-800-853-1403 for more information.

What are the major problems of the Chrysler Pacifica?

There have been a number of reports of problems with the Chrysler Pacifica across different model years. Some of the most common issues reported by owners include:

Is the Chrysler Pacifica a reliable car?

In general, the Pacifica has received mixed reviews with regards to reliability. Some owners have had few or no issues with their Pacificas, while others have reported a range of problems, including issues with the electrical system, engine, transmission, and fuel/propulsion system. If you are considering purchasing a Pacifica, it is a good idea to do your research and read reviews from other owners to get a sense of the common issues that have been reported. It is also important to have the vehicle thoroughly inspected by a mechanic before making a purchase, to help identify any potential issues that may need to be addressed.

Does Chrysler Pacifica have transmission problems?

There have been numerous reports of transmission problems in the Chrysler Pacifica across different model years. Some of the most common issues reported by owners include rough shifting, delayed shifting, complete transmission failure, and transmission slipping.

How many miles will a Chrysler Pacifica last?

It is difficult to predict the exact lifespan of a Chrysler Pacifica, as the longevity of a vehicle can be influenced by various factors including proper maintenance, driving habits, and the specific model and model year. In general, if a Pacifica is well-maintained and not subjected to extreme driving conditions, it may be able to last for an extended period of time, possibly even reaching several hundred thousand miles. However, issues or problems can arise at any point, even in well-maintained vehicles, and it is important to address them promptly to help extend the life of the vehicle. To help ensure that your Pacifica performs reliably for as long as possible, it is recommended to follow the manufacturer’s recommended maintenance schedule, drive responsibly, and address any issues that arise as soon as they are detected.

If you own a Chrysler Pacifica and have experienced ongoing problems with your car, you may be entitled to relief under state lemon laws. If you would like to find out if your car is a lemon, we invite you to contact Cali Lemon Lawyers for a free case evaluation. Our experienced attorneys can help you understand your rights and options for seeking compensation. Don’t let ongoing car problems ruin your ownership experience – take action and find out if you have a lemon on your hands.