The Chevy Corvette is arguably the most popular American sports car in history. Since 1953, the Corvette has been synonymous with American muscle car, power, fun, and excitement.

Since its inception, the Corvette has had eight major revisions, with the latest model arriving in 2020. While still one of the most popular luxury sports cars, the Chevrolet Corvette is known to have its share of problems.

In this article, we’ll cover some of the most common Chevy Corvette problems, and whether or not the car is an overall good buy.

If you leased or purchased a defective Chevy Corvette it is very likely that you are entitled to compensation.  Contact Cali Lemon Lawyers for a free case evaluation. 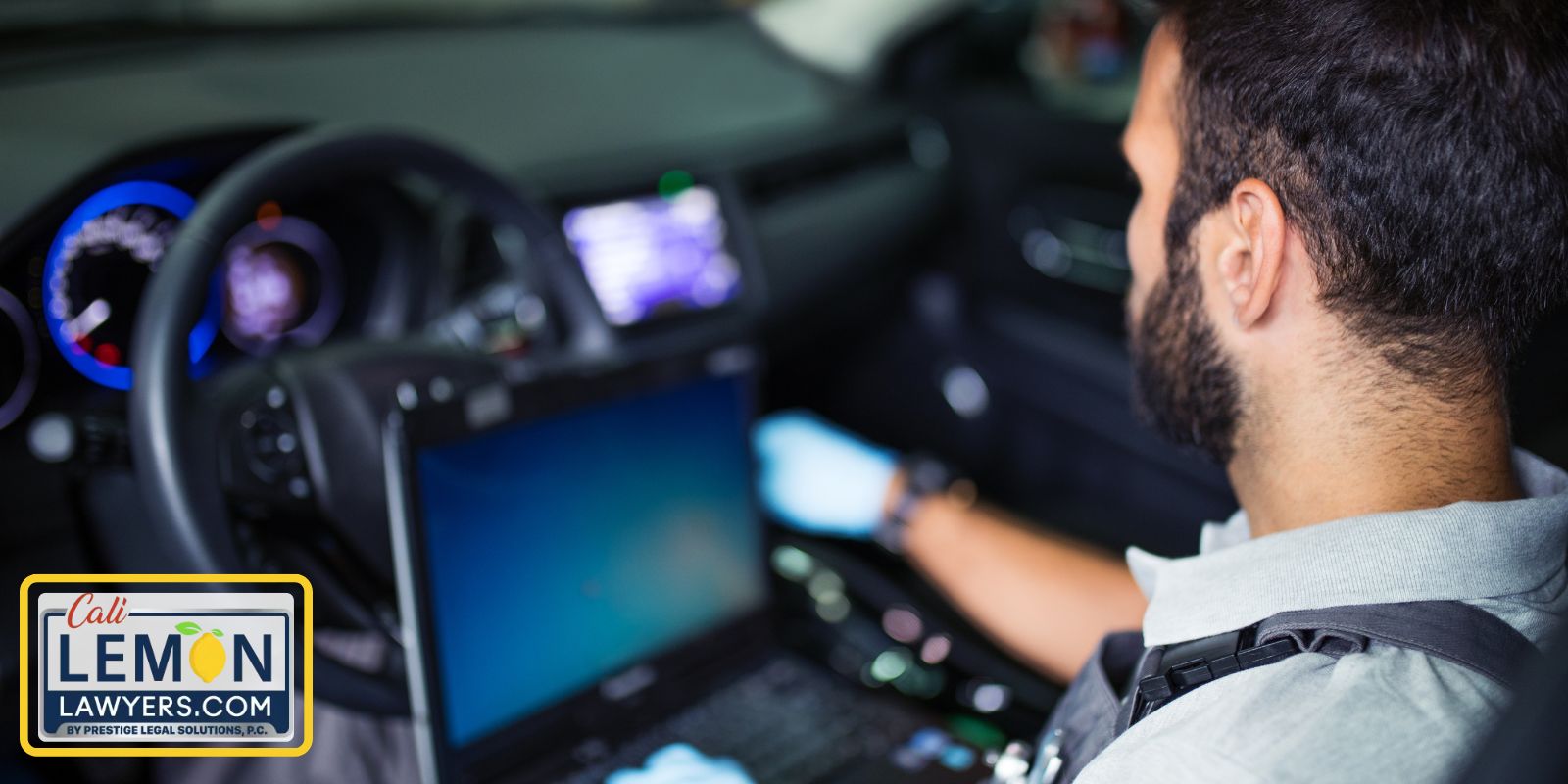 Overheating is a common problem with many modern Corvettes. While you should never speed, driving some Corvette models like a sports car can cause the car to overheat.

GM solved the issue after redesigning the hood and installing a different supercharger. If you are planning on purchasing a used Corvette, you should verify these updates occurred on the vehicle.

While no recall occurred, GM issued over sixty technical service bulletins concerning the 8-speed automatic transmission available in many Corvettes. 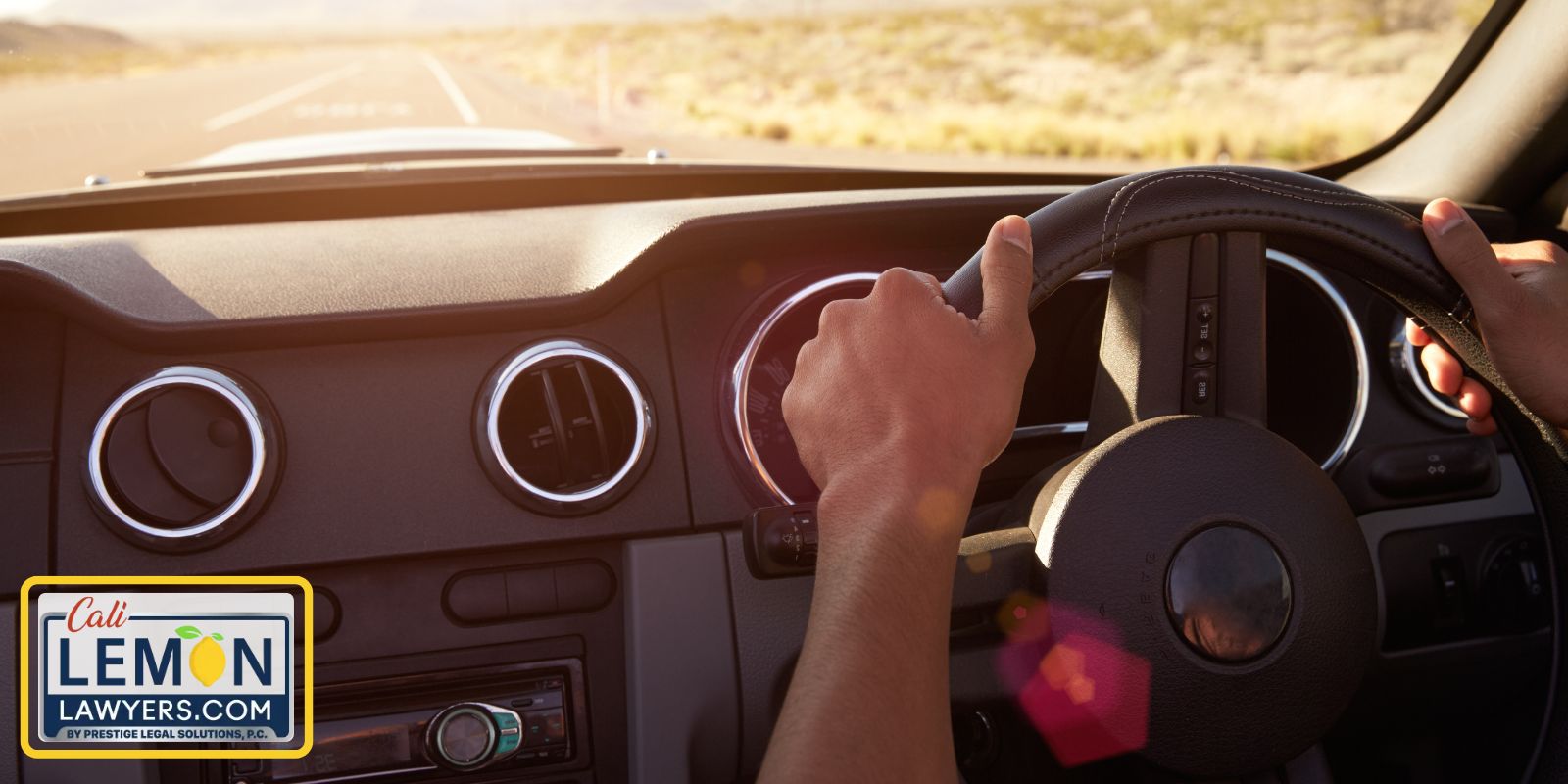 Some owners reported the service steering column lock message would display during operation. A fault in the anti-theft system causes the problem. Owners that experience this issue should have their anti-lock system or steering column serviced.

Coolant from the water pump is known to leak. This can cause overheating and damage to the engine. You should have this issue repaired as soon as possible to reduce the risk of damage to your drivetrain. 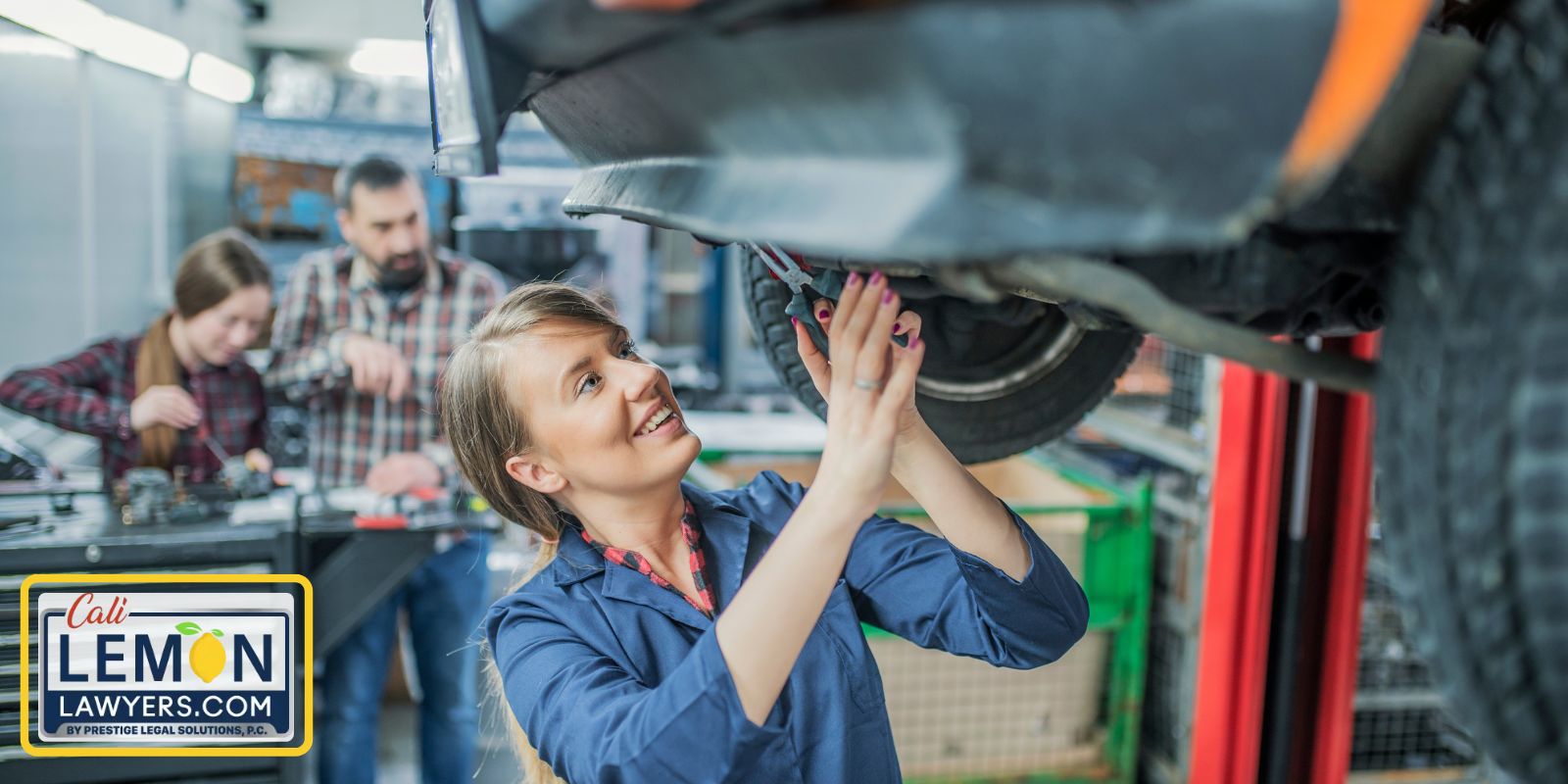 The 2018 Chevy Corvette is part of the seventh-generation Corvette originally released in 2014. Other than the release of the Carbon 65 edition, little changed for the Corvette during 2018. But, new manufacturing problems appeared that are unique to the 2018 model year.

GM recalled almost 2 million vehicles due to a power steering problem between 2016 and 2018. The power steering can fail during car operation. Drivers need to steer with more effort, and this can lead to a crash.

Large display screens are more common than ever in cars. Unfortunately, they tend to have more problems than they’re worth.

Many C7 and C8 Corvette owners have complained about dead display screens. Chevy had to replace the displays on many 2018 models. Others had wiring issues. 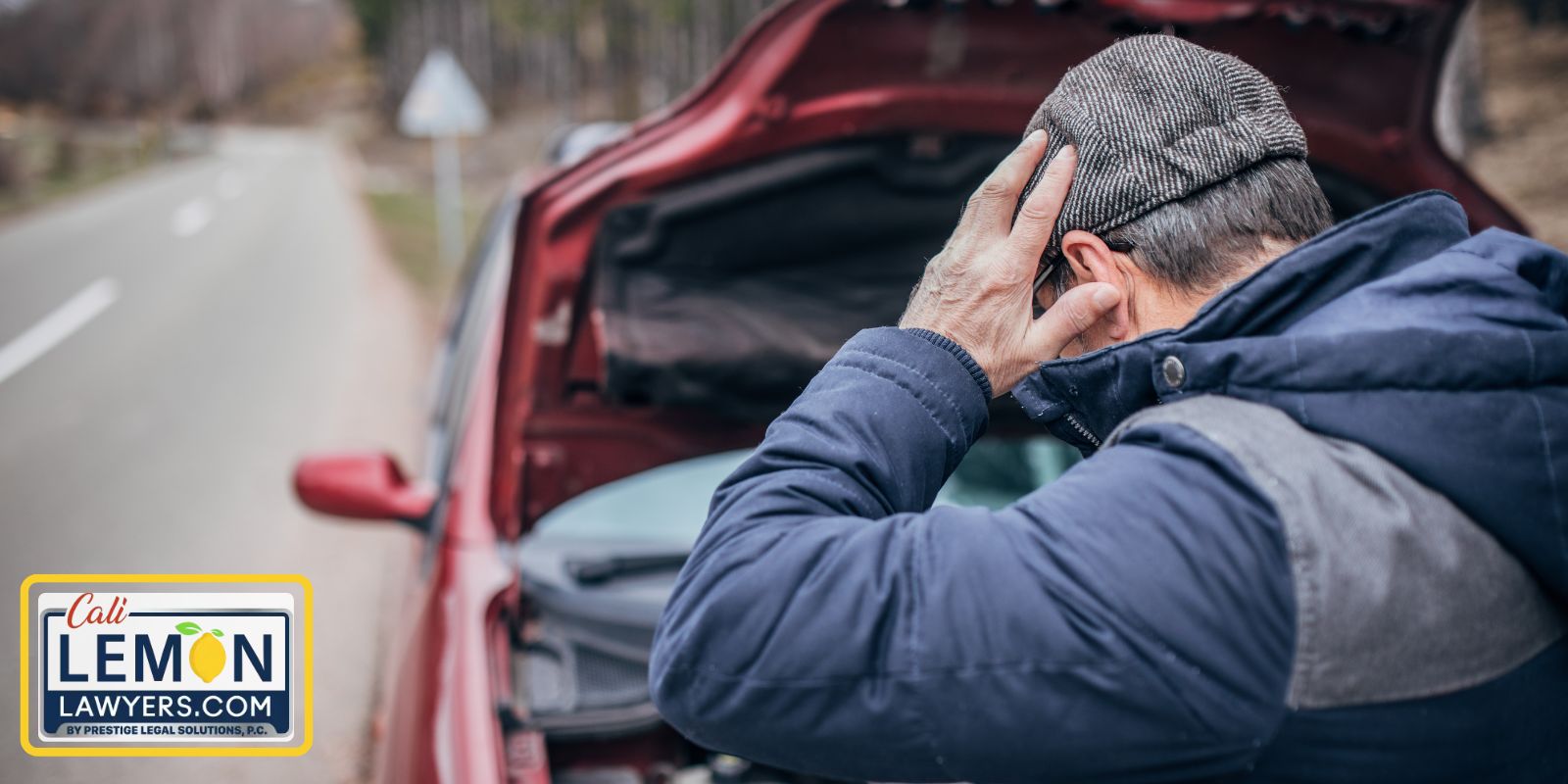 2019 marked the last year for the seventh-generation Corvette. The 2019 Corvette is prone to the same 2018 problems, and the common problems mentioned above. But, it also had its share of unique problems.

Hairline Cracks on the Rims.

Corvette rims have to perform under pressure and look great doing it. Unfortunately, owners of the 2019 Corvette found the OEM rims could crack due to low tire pressure. Hairline cracks on the rims can lead to other issues, including wheel failure.

2019 Corvette owners experienced many steering-related issues. Some 2019 models fell under the 2018 electric power steering system recall. The recall concerned the sudden failure of the power steering system in the car. This causes a loss of control, and drivers need to steer with more effort. 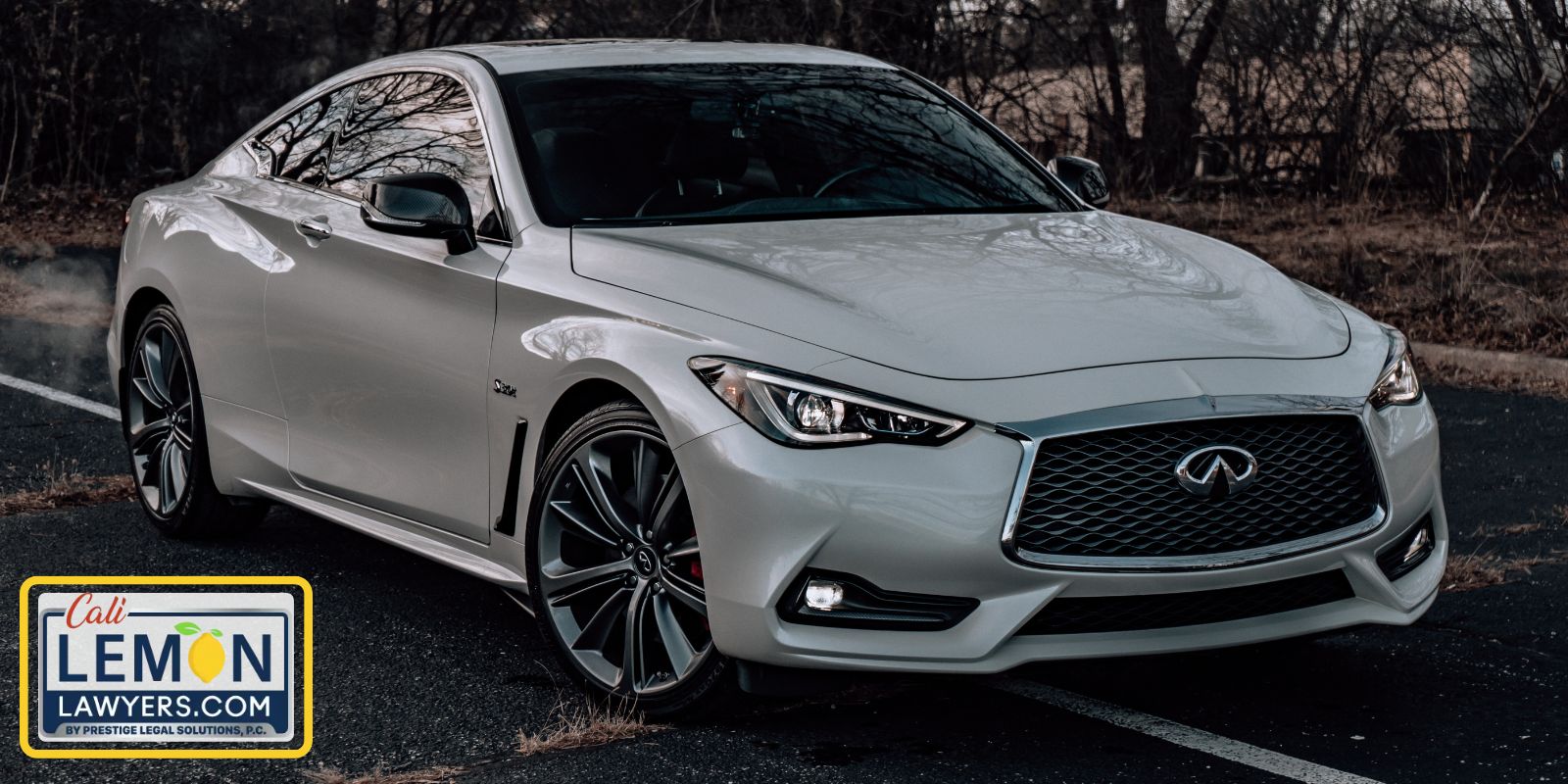 The 2020 model year saw the latest version of the Corvette hit the market. This model featured Corvette’s first mid-engine design. Along with the redesign, Corvette came with new issues and recalls.

Corvettes have an emergency release button in the trunk compartment to prevent a person from climbing in the front trunk and getting locked in. On certain models, the release button malfunctioned.

The Federal Motor Vehicle Safety Standard (FMVSS) forced a recall to comply with its standards. Owners of a 2020 Corvette can receive a software update to rectify the problem.

Certain 2020 Corvettes let drivers operate their cars even with the front trunk lid unlatched. The car still shows warning lights, but the driver can still drive the car. An unlatched hood can obstruct the driver’s view.

Software updates corrected the problem and won’t let drivers operate the car above a certain speed.

The 2020 Corvette release was the first to use GM’s Global B architecture. The earlier models that used the platform were prone to vulnerabilities and bugs.  This caused coordination issues with Corvette’s computer area network.

Firmware updates resolved many of the issues, and the Global B architecture in future models did not have these issues.

Some cars had faulty seat belt retractors on the driver’s side. The seatbelt won’t lock as intended during a crash causing severe injury or death.

Recalls for this safety hazard began in November 2020.

The C8 Corvette may have a problem with sensors used in the brake-by-wire system. The malfunctioning sensors fail to communicate with the braking system causing the brakes to fail. Along with the 2020 Corvette, GM had to recall other models, including the Cadillac CT4, Buick Encore, and Chevy Trailblazer.

The 2021 and 2022 models follow in the same footsteps as the 2020 models. Expect to find similar issues as we noted above. 2021 and 2022 Corvette owners also found themselves at the repair shop due to safety recalls.

Chevrolet and GM had a recall concerning airbags on many of their vehicles, including the Corvette.

Communications between the communications gateway module and the sensing diagnostic module cause the airbag malfunction indicator light to illuminate. This means your airbag might malfunction, but the car won’t inform you.

Loss of Power From Power Train

In April 2022, Chevy issued a recall for the 2022 Corvette. The recall involved the left or right rear half-shaft assemblies. The system may be missing ball bearings. This can result in the vehicle losing drive power and increasing the risk of a crash.

Some C8 Corvettes experience a loss of propulsion. The cause of the problem may be the rear half shaft. The shaft was missing two of six ball bearings. This issue can cause the car to lose propulsion and increases the chance of a crash.

While only twenty-two vehicles had this issue, the National Highway Traffic Administration forced GM to recall the 2021 and 2022 model years.

The 8-speed Tremec transmission may leak. Commonly, gasket failure caused the leak. Clogged transmission filters are also a known cause of the leaks.

If you love the Corvette, you don’t need to let these problems stop you from owning one of the most influential cars in history. It’s just important that you’re aware they exits.

Here are some of the most common questions people ask about seventh and eighth-generation Corvettes.

Is the Chevy Corvette reliable?

Recently, customer reviews point to major improvements in the Chevy Corvette. Even with these improvements, the Corvette can be a difficult car to own if you’re not a mechanic

Is the Chevy Corvette a good buy?

The Corvette is an expensive vehicle, and you’ll want to get the best value if you purchase one. Even with the problems, the Corvette is still an excellent value. With an MSRP starting at $59,000, no other high-end sports car can match the price per performance a Corvette offers.

What are the best and worst model years of the Chevy Corvette?

Excluding earlier generations, we found the 2020 and 2019 model years are the best newer models available.

What are the best alternatives to the C7 or C8 Corvette?

The Corvette is an amazing deal for its price. Few other vehicle in the United States combine premium handling, acceleration, and speed at a competitive price. Still, there are some cheaper alternatives for the Corvette if you don’t mind a drop in performance.

The seventh and eighth-generation Corvettes are a wonder of design, functionality, and performance. They are one of the most affordable ways to own a supercar in the United States.

Corvette’s reliability is constantly changing. Over fifty years, Chevy released classic Corvettes and ones plagued with issues. The modern Corvette solved many problems associated with its predecessors. But, it created its own set of problems.

Do you own a C7 or C8 Corvette? Have you enjoyed your experience with the car? If you had to repair your 2018-2022 Chevrolet Corvette, we’d love to hear about it. Don’t forget, cars with continual issues may fall under lemon laws in your state, and you can contact a lawyer to help resolve these problems.