Did you know manufacturers recall more than 35 million vehicles annually due to problems with their cars? While typically a last resort, the manufacturer has no choice but to recall defective models if a manufacturing issue seems to be the culprit.

The Chevy Silverado is ranked among some of the most popular trucks on the market. The truck comes in four-door and two-door versions, with various engines, including a V8, V6, and turbocharged six-cylinder. However, many 2018-2022 Chevy Silverado drivers have reported a few common problems including transmission problems, airbag issues, faulty brakes, engine problems, stiff suspension, and more.

Many of these problems have lead to successful lemon law claims and compensation for their owners.

The purpose of this guide is to discuss the most common 2018-2022 Chevy Silverado problems. Our hope is that by the end of this article you will be well informed about why they exist, how to fix them, and if you may be entitled to a refund or replacement vehicle. Give us a call or fill out the form below to quickly see if your car qualifies.

The 2018 Chevy Silverado has had numerous reported problems. Customer reviews for this model have been significantly lower than other models. Below are the most well known problems found in this model. 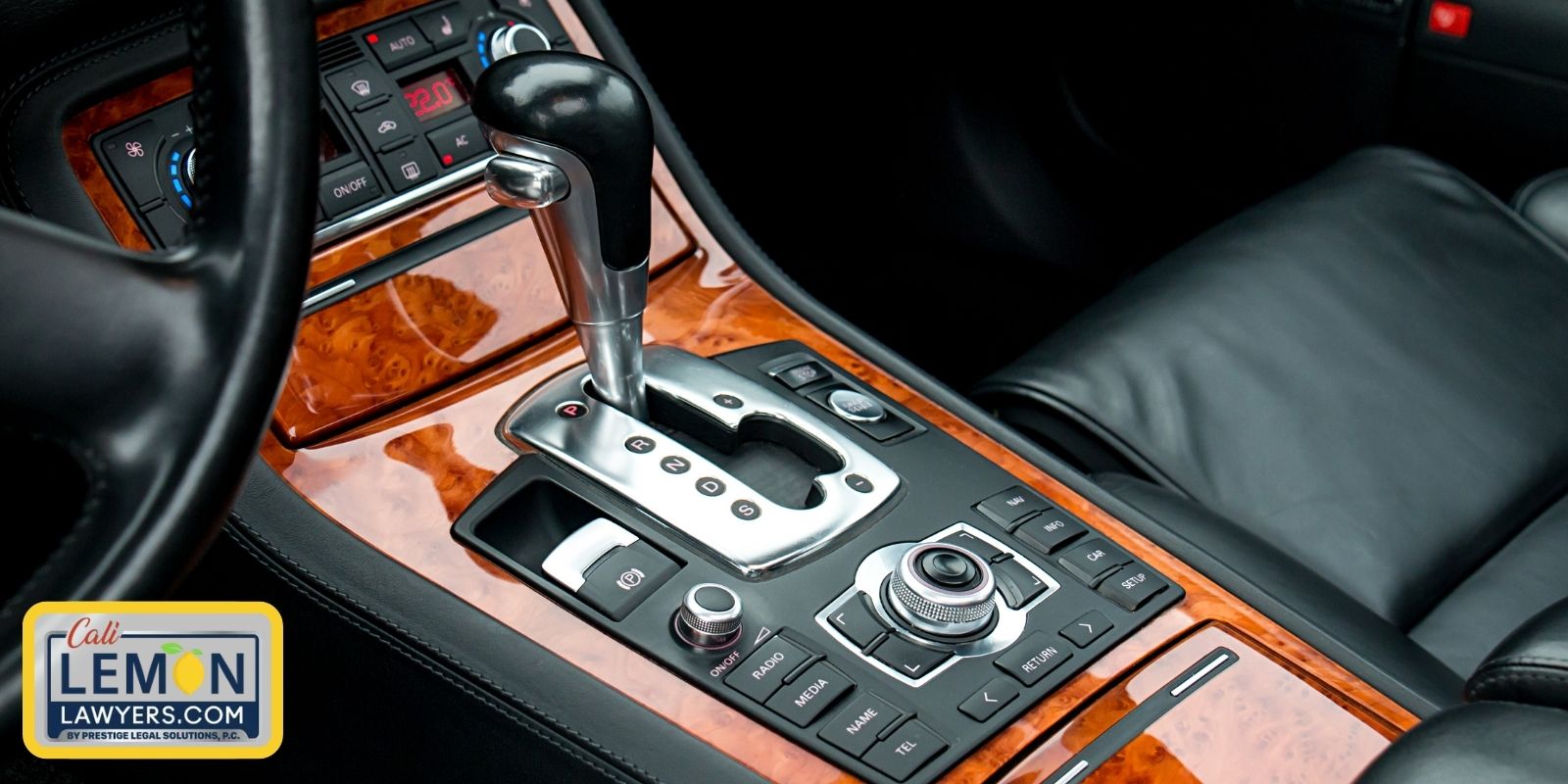 Chevy recalled the 2018 Chevy Silverado 1500 for transmission issues. The 8-speed automatic transmission can unexpectedly downshift to first gear, regardless of the speed the truck is traveling.

The problem can cause the engine to rev high and result in a loss of power. A faulty transmission system can significantly affect your driving experience and cause damage to both the motor and transmission components. If this part of your vehicle isn’t working, your car may not drive well, or even drive at all.

The safety of the 2018 Chevy Silverado 1500 was seriously questioned after the recall of the Takata airbag inflators. The recall affects the driver and passenger airbags.

The problem with the airbags is that they might not inflate in a crash or inflate with too much force, causing shrapnel to fly out and injure the occupants. GM knows the problem and has already sent letters to affected customers.

Pro Tip: You may be able to receive higher compensation by having an attorney file a lemon law claim on your behalf. 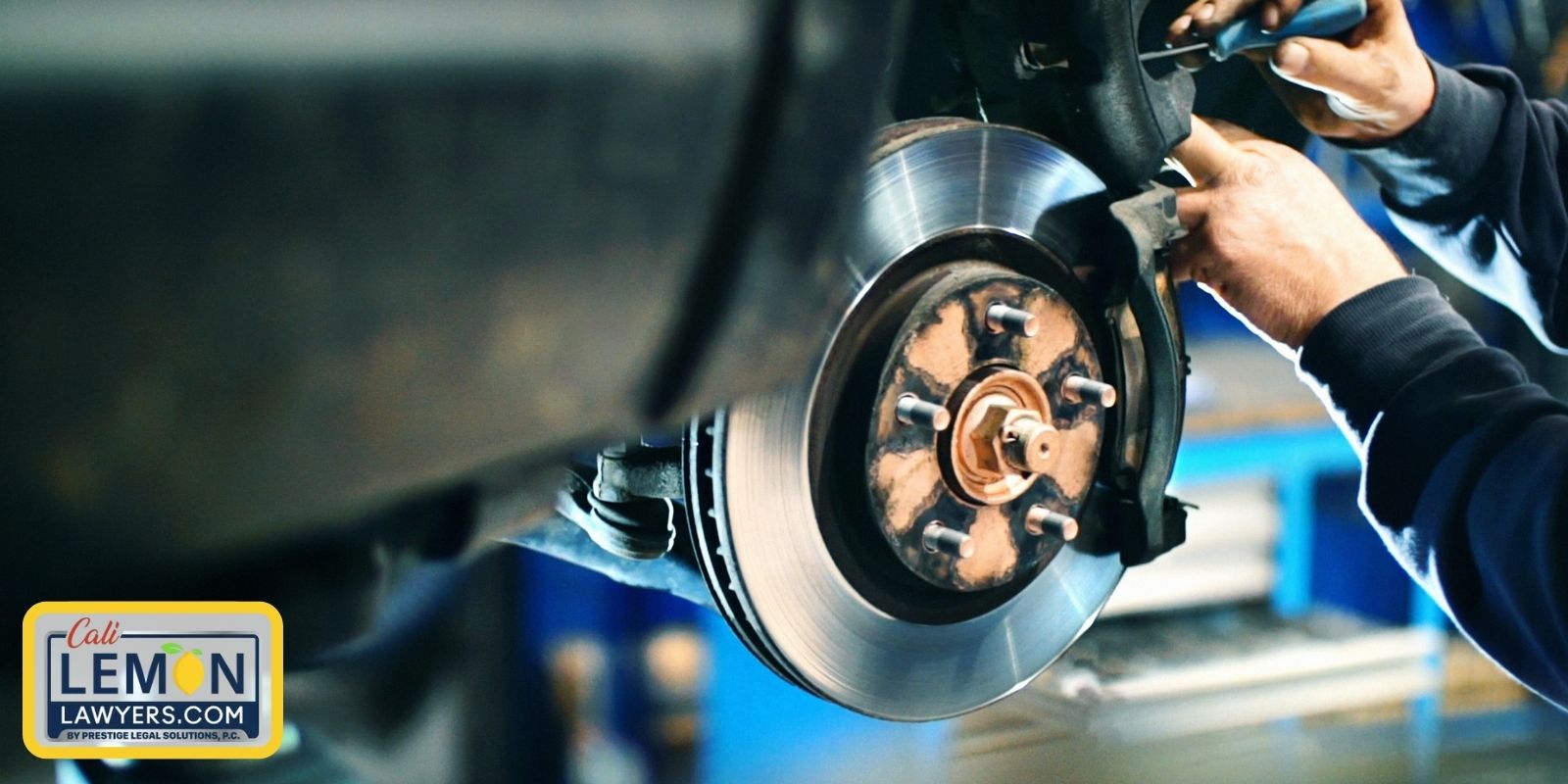 The problem is with the front brake calipers, which might crack and cause the brake pads to come out of position. It can result in longer stopping distances and increased wear on the brake rotors. The problem is more common in cold weather.

The front brake calipers problem is a serious safety issue that can cause accidents. GM has issued a recall for the problem and will replace the faulty parts for free.

The 2018 Chevy Silverado 1500 can stall or shut down without warning while driving. The engine control module (ECM) software is the source of the problem.

You can fix the problem by updating the ECM software. GM has issued a recall for the problem and will update the software for free. Contact GM customer service to get more information about the issue. 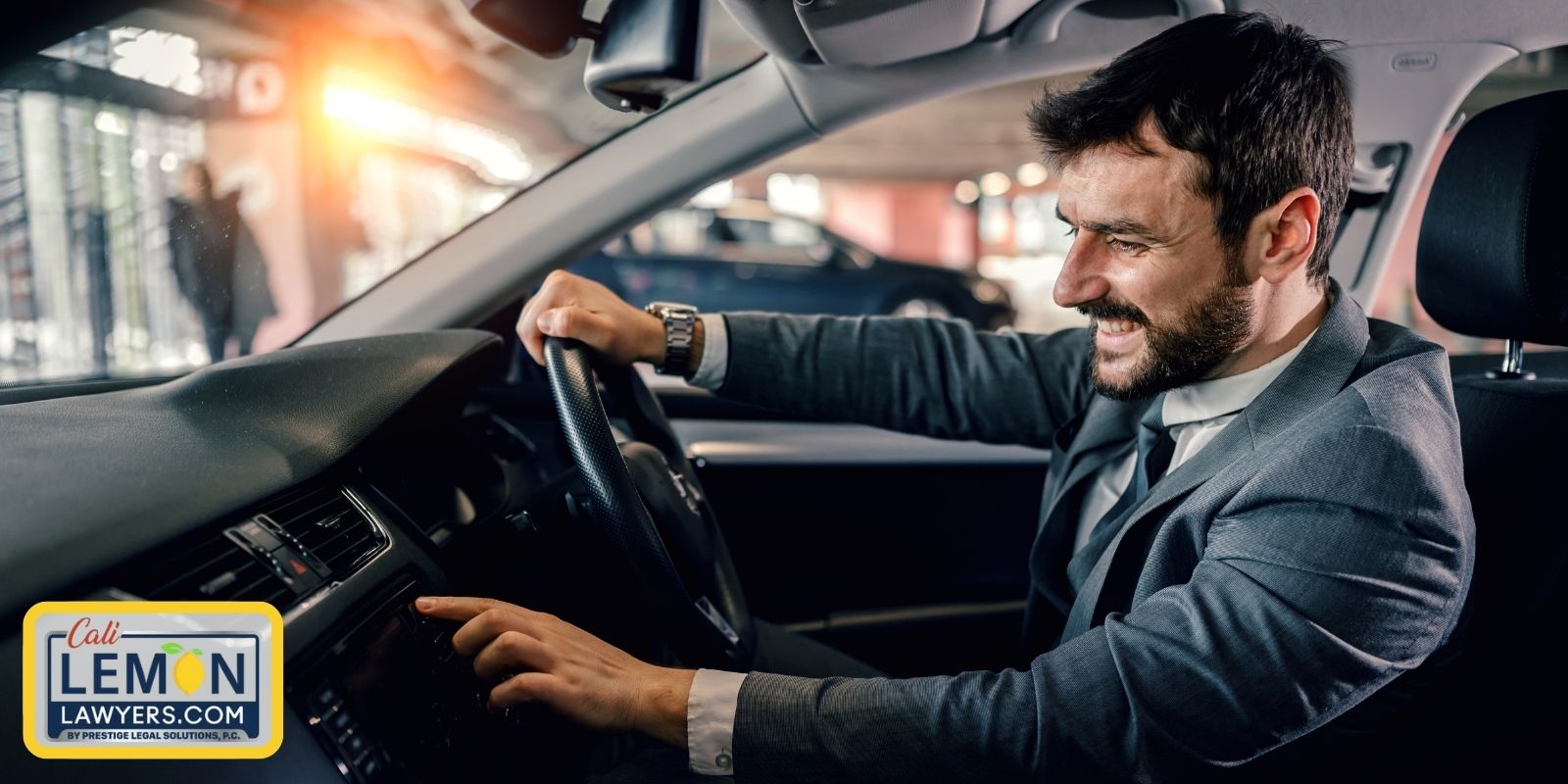 Another commonly reported problem with the Chevy Silverado is shaking or vibrating when you turn your steering wheel. The loose bolts and nuts on the steering column are the major cause of this problem.

The Chevy Shake problem is not just a headache for you and your vehicle. It can also cause problems for other drivers on the road, especially at night. You can fix this problem by tightening all the bolts and nuts on the steering column. 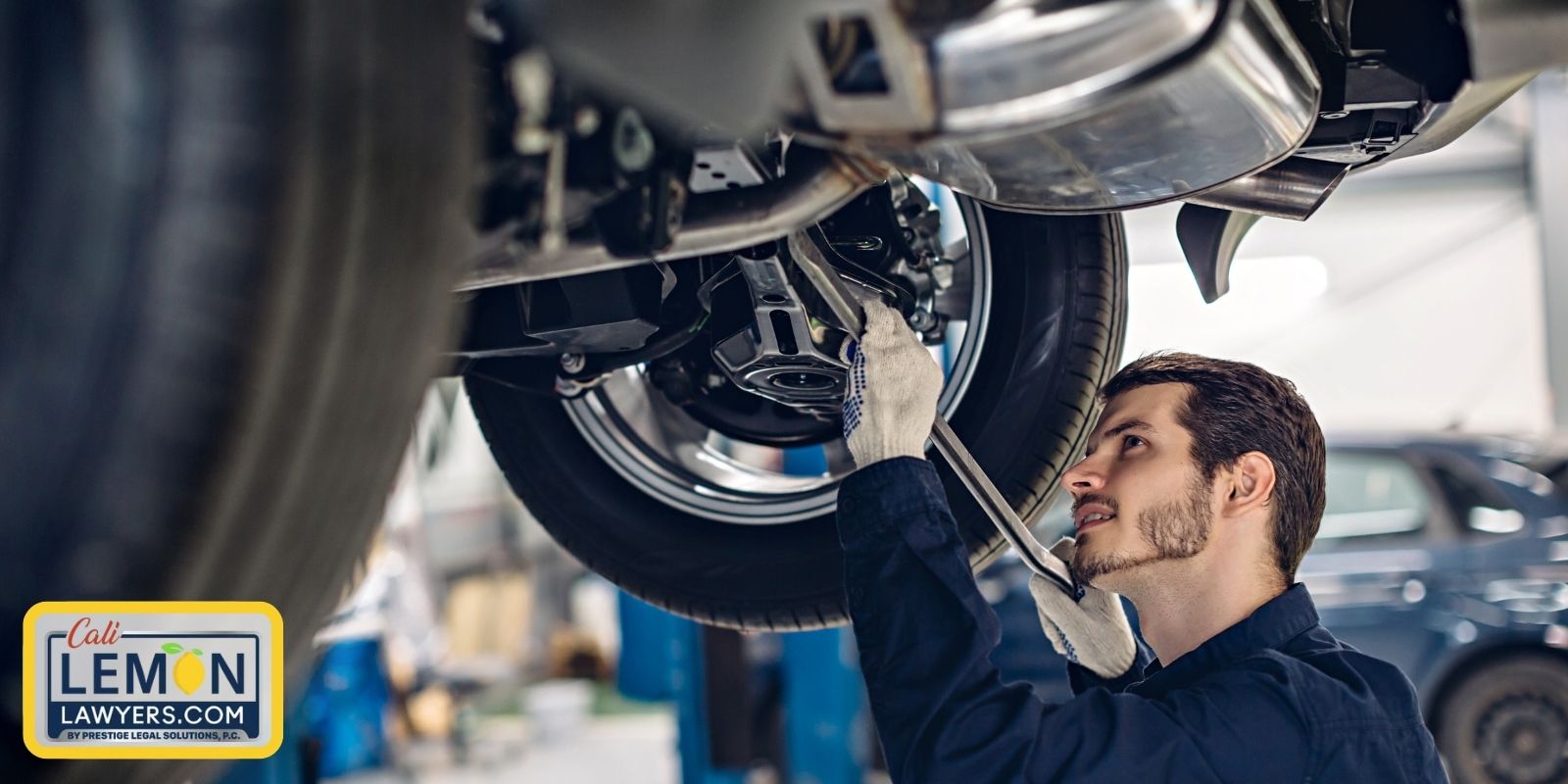 The 2019 Chevy Silverado 1500 has a stiff suspension. This problem is most common in the 4WD models and can make the ride uncomfortable, especially on rough roads. Torsion bars cause this problem.

The suspension can be fixed by replacing the torsion bars. The suspension system is a crucial part of the Chevy truck. Many types of suspension problems can occur on your 2019 Chevy Silverado.

The most common problem is with the shock absorbers. The shock absorbers could be leaking oil or worn-out springs.  If you do not deal with this problem immediately, it can cause serious problems down the road.

GM has issued a recall for the problem and will fix it for free. More than 640,000 pickups were part of the recall. You should contact customer care for compensation or repairs if you have a similar issue. 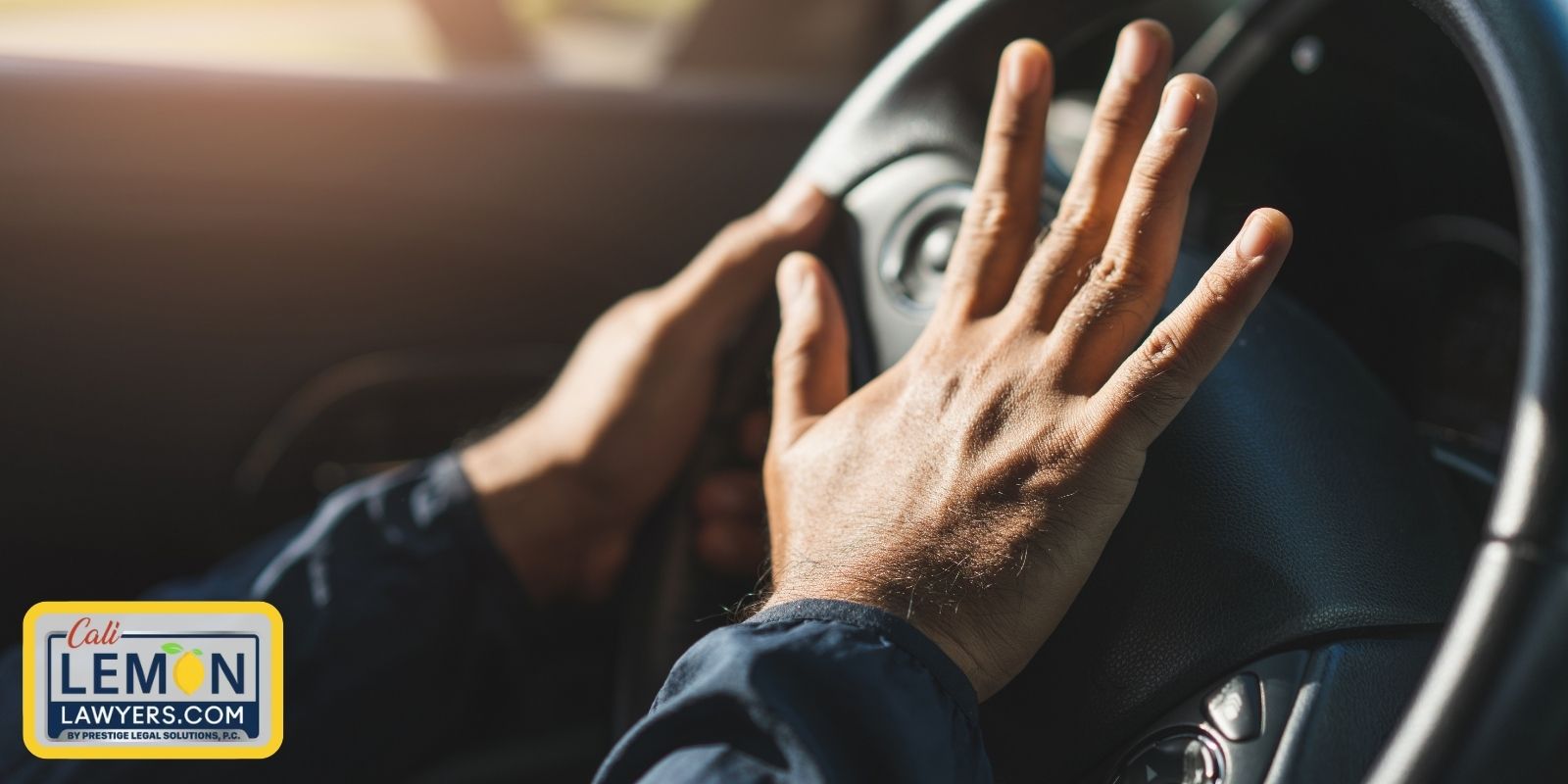 The model also lacks a high-tech driver assistance system (ADAS). No lane departure warnings or automatic collision mitigation braking systems are available on this model. Instead, you have to rely on technology from other companies.

EvEven with numerous advancements in the 2020 Chevy Silverado model, there are still a few commonly reported problems. Here are the main issues that customers complain about regarding the model;

Electrical problems in a car can set off alarms. The electrical system in the 2020 model is known to make noises while driving or at idle. The noises can happen when your vehicle is cold and has been sitting for some time.

The problem of a noisy electrical system has influenced the return of many of these car models. The problem is a manufacturing issue that mandates the company to compensate you after returning the vehicle.

The fuel gauge on the 2020 Chevy Silverado is not very accurate. You can note the lack of accuracy when estimating how much fuel you have left in your tank. Not knowing the fuel in the tank can lead to unnecessary trips to regularly fill your gas tank.

Engine problems can be a big deal if they keep happening repeatedly. Numerous reviews of the 2020 Silverado model have connected it with the engine failure problem. The engine of this model may completely fail when driving, leaving you stranded.

Sometimes these engines wear out quickly and need replacing rather than repairing their different parts. Getting new parts for an old engine is not always an option. It is vital to ensure your vehicle has no engine problems before purchase.

This newer model has many changes under the hood. These changes were aimed to increase the efficiency and popularity of the Silverado model.

However, there are areas in the models that display common problems. Below are the common issues for the 2021 Chevy Silverado model.

The 2021 Chevy Silverado comes with feeble in-car electronics. The problem exists in the touchscreen display, radio, and navigation system. Customers have complained about the touch screen being unresponsive and the unclear display.

The problem with the radio is that it cuts out frequently and has poor sound quality. The navigation system is also not up to par, with many customers stating that it is inaccurate and slow.

All of these problems exist in the infotainment system of the 2021 Chevy Silverado. GM is aware of these issues and is working on a fix.

Engine knocking is a symptom of a flawed fuel injection system and a problem in the timing chain. The Silverado 2021 model mostly shows this problem when idling at a stoplight or driving on the freeway. It can also happen if you accelerate slowly or have your foot on the brake pedal for an extended period.

The lagging problem is one of the most common problems in this model. It occurs when there is an issue with the water pump or thermostat. Lack of enough water in the engine causes the engine to run hot.

Excess oil consumption is not a new problem for the Silverado model. The most common cause of this problem is high mileage. High mileage can cause worn-out components that require more oil to lubricate them.

High mileage in the Chevy Silverado model can cause worn-out seals. Worn-out seals lead to excessive pumping of oil through the engine.

The 2022 Silverado is the most developed truck. However, there are still a few manufacturing problems with the truck. Here are the significant issues you can experience in a 2022 Chevy Silverado:

Stalling is a significant problem for the 2022 Chevy Silverado. Stalling can happen in any weather condition and at any time of day or night. The engine can stall when you are driving on long stretches of highway. It can also happen while you are stopping at a red light.

Stalling is because the engine runs too rich when it is cold outside. The temperature difference causes the fuel to sit in the cylinders and burn completely. However, As the temperature increases, this problem becomes less common.

The infotainment system of the 2022 Chevy Silverado has been a source of problems for some owners. The issue is the display which has issues with blurry images and text that is difficult to read. The radio in this model also has a few instances of not working properly.

Many owners also report problems with their phone connection when trying to use Apple CarPlay or Android Auto.

If you are looking for a Chevy Silverado, the above insights should help you make an informed purchasing decision. If you already own the car models and have problems, a lemon law attorney can help you receive maximum compensation for your defective car.