Do Jeep Compass Have a Lot of Problems?

The Jeep Compass is known as an urban, reliable, and affordable vehicle that provides an authentic off-road experience.

It has been designed with several impressive and unique features when compared with other models. 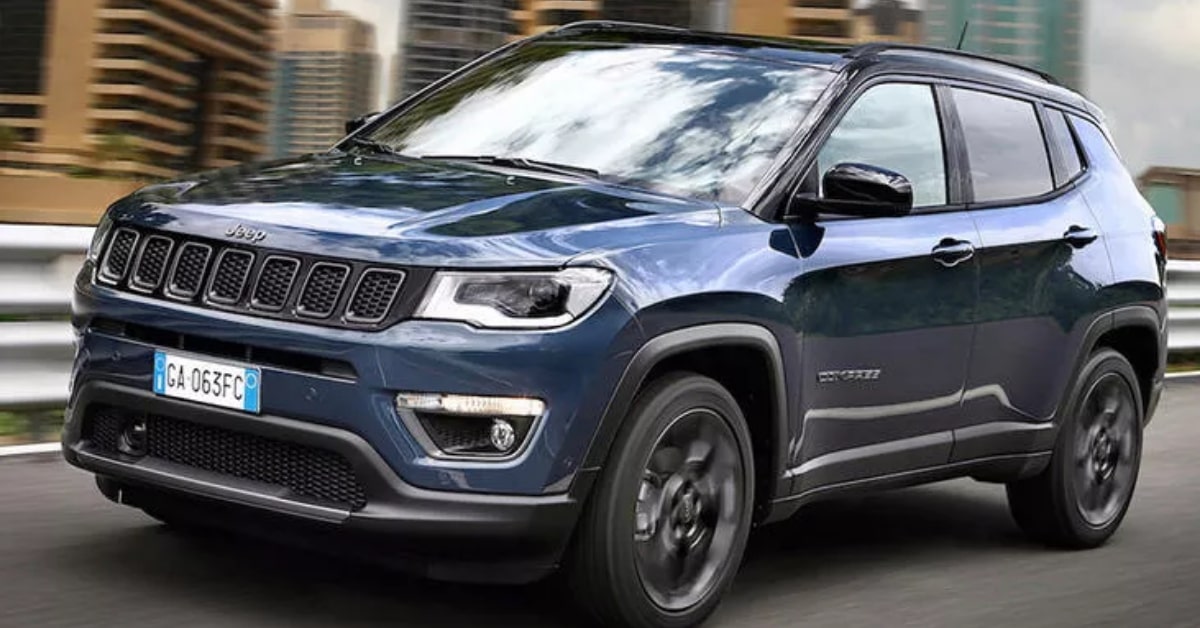 With that said, Jeep Compass has some problems you should be aware of before making a purchase, especially if you are interested in buying a used car.

You may be wondering, “Is the Jeep Compass reliable?” and “Which models are more problematic than others?” Below we’ll discuss common problems vehicle owners have experienced with the Jeep Compass to help you understand the car. 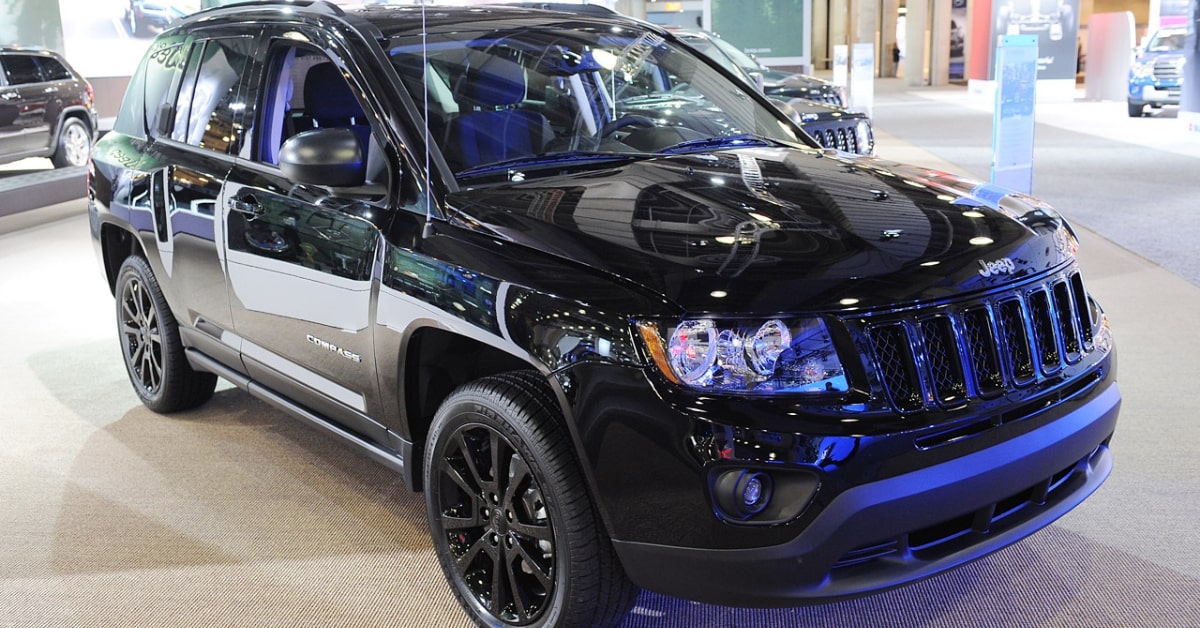 If your new or used Jeep Compass is a lemon, you need an experienced lemon law attorney by your side to hold the manufacturer or dealer responsible. Contact Cali Lemon Lawyers today for a free consultation!

There is nothing more disappointing than spending thousands of dollars on a brand new vehicle, only to find that it has problems. Let’s identify the most common Jeep Compass problems.

According to reports posted on the CarComplaints.com website, the 2007 Jeep Compass models experienced the most issues of all the Jeep Compass variants. The vehicle’s suspension was one of the most pressing issues reported on the site. 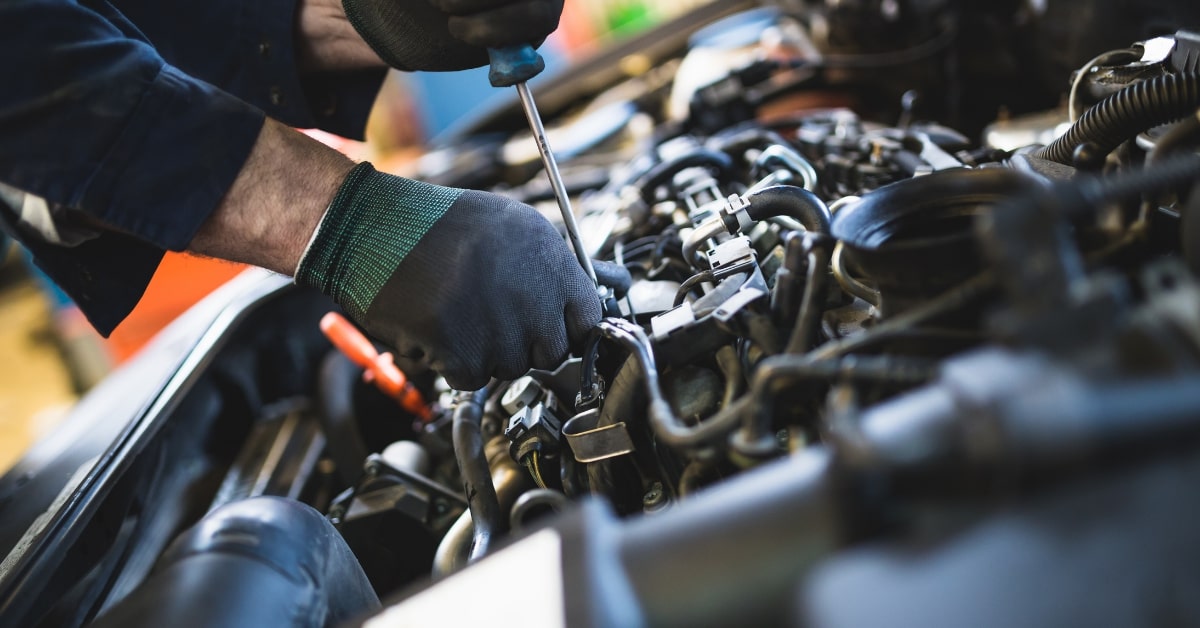 The Consequences of Suspension Issues

Replacements of control arms, tie rod ends, ball joints, and other parts are often required, which can cost owners up to $700. The issue was frequently presented before the vehicle had accumulated 60,000 miles in mileage.

When turning, a Jeep Compass owner in California stated that they began to hear unusual sounds from the vehicle. It then began to pull to one side. The owner was relieved that no one was seriously hurt and had it hauled in for repairs.

According to another Jeep Compass owner, before the vehicle hit 60,000 miles, its control arm bushings had to be replaced twice. 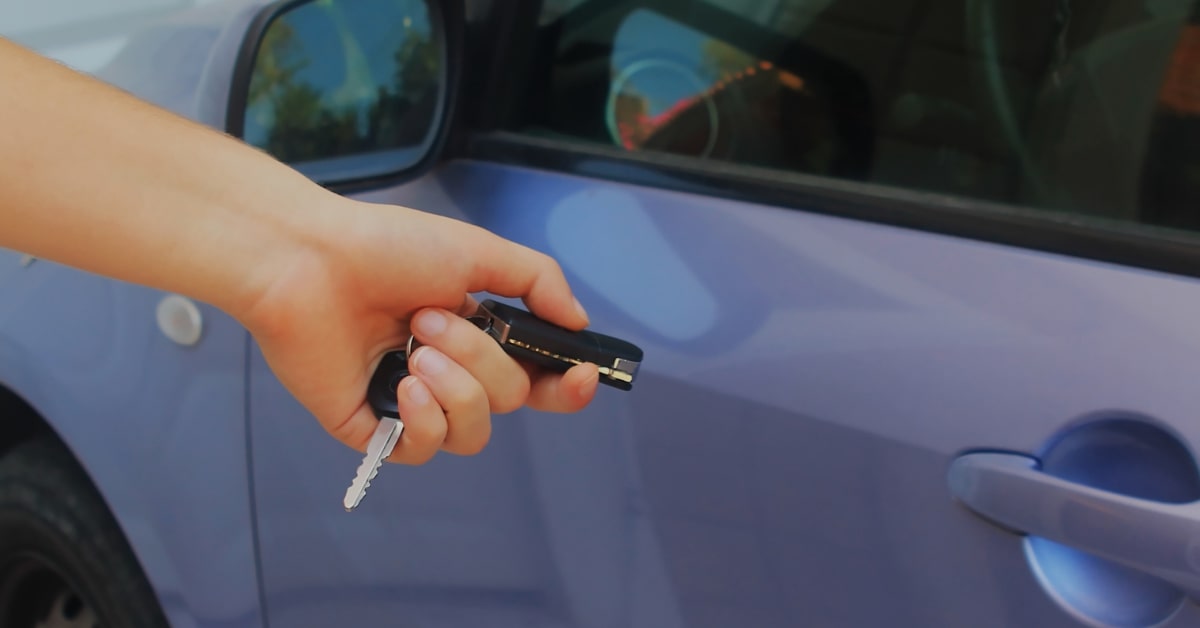 This was the result of a malfunction with the wireless control module’s (WCM) electric system. The keyless entry system is rendered useless if this module fails.

The Consequences of this Issue

The WCM must be replaced as part of the repairs if this problem is encountered. While other electrical features such as the dashboard lights and music system continue to operate, the vehicle will not start, according to multiple RepairPal members.

3. Issues with the Engine

This is evident in the National Highway Traffic Safety Administration’s (NHTSA) evaluation. One Jeep Compass owner voiced his engine concerns, indicating that while traveling on the road and turning his or her 2020 Compass stalls.

The driver experienced this problem six or seven times and could have caused an accident once when another motorist had to slam on his brakes and veer past to avoid hitting the Jeep. Additionally, some users reported oil-burning excessively in their Jeep Compass engines.

Dealers Have Done Little to Resolve the Issue

The driver took the vehicle to his or her local dealership twice, and the vehicle continues to receive various Check Engine codes, which the dealer simply clears. Users also noted issues with dealers who won’t do any repairs if there is no proof of the fault.

Jeep Has Not Done Enough to Fix Jeep Engines

Jeep isn’t trying to disguise its engine problems. Even Service Bulletin #09-004-19 mentions an engine vibration sound and sensation when shifting gears. A technician will need to replace the engine mount to fix this issue.

4. Trouble with the Electrical System

Another crucial and often overlooked aspect of any modern motor vehicle is its electrical system. Unfortunately, several Jeep Compass users have experienced electrical issues. One Compass owner reported to the NHTSA that their vehicle shut down on two occasions while the user was driving. The user then slowed down, and when it was time to take off again, the car shut down. 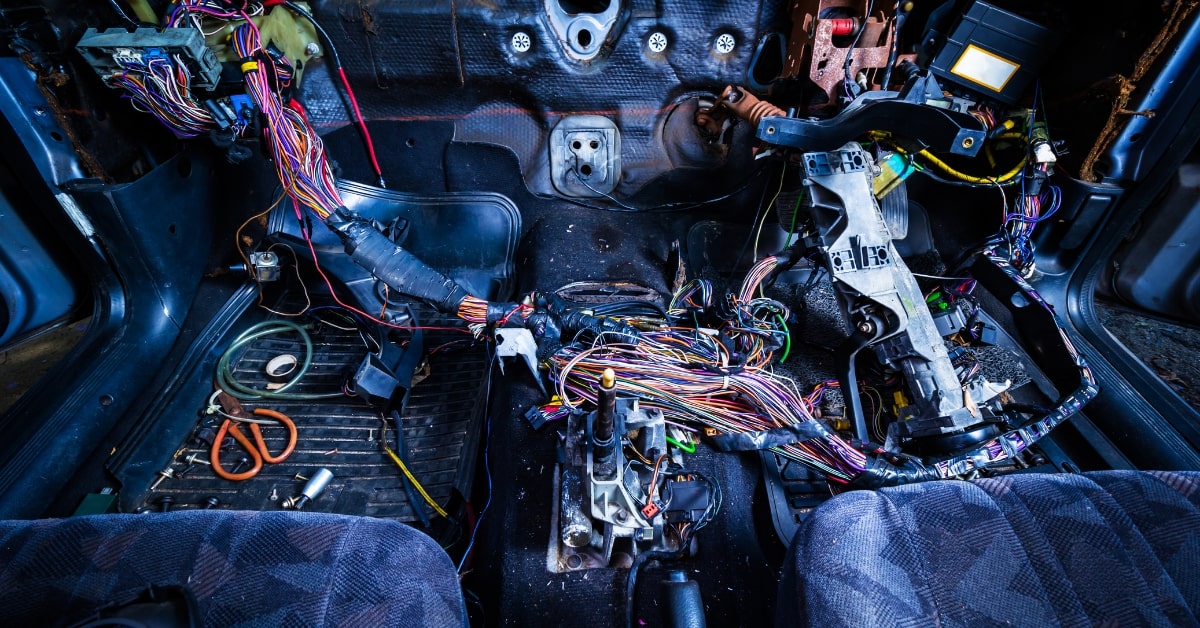 The Effects of Electrical System Faults on the Windshield Wipers

This issue has also affected the windshield wipers, and a recall involving more than 425 000 Jeep vehicles was issued for this reason. When wipers do not function in inclement weather conditions, it can have catastrophic consequences since it reduces the driver’s visibility.

The continuously variable transmission or CVT featured in the 2011 Jeep Compass model year has also come under much scrutiny. Automatic transmissions, which can shift across a wide range of gear ratios seamlessly, were overheating. Repairing a CVT transmission can cost up to $1,700, and it usually occurs at approximately 70,000 miles in Jeep Compasses.

According to one Jeep Compass driver in Virginia, when temperatures were extreme, or the vehicles were on extended interstate trips, the CVT transmission overheated.

The driver went on to say that the fault might be dangerous in high-speed traffic conditions since these vehicles tend to suddenly cease accelerating, revealing that there had been four similar incidences and their local dealer was unable to identify the issue.

When a Colorado Jeep Compass user traveled on the interstate at approximately 75 to 80 mph, the Compass made unusual noises before it began to slow down. They pulled off to the side of the road after a warning light illuminated, indicating that the vehicle’s transmission had overheated.

There were also a few reports of the 2007 model year Jeep Compass’ totally integrated power module failing. The majority of TIPM concerns relate to either fuel or batteries.

The Consequences of TIPM Failure

When the TIMP fails, it can cause electrical problems, which cause the windshield wipers, power door locks, fuel pump, and other components to malfunction. These issues tend to appear at an average mileage of around 110,000 miles and may cost $1,700 to fix.

One New York driver reported that their dashboard lights turned on, causing a distraction while they were traveling, while another Pennsylvania driver complained about having to replace their TIMP within the first year of owning the vehicle following TIMP failure.

7. Water Leaking into the Passenger Cabin

Everybody should feel safe within their own car when traveling during adverse weather conditions, with the assurance that the rain won’t leak into the passenger cabin. Regrettably, some Jeep Compass drivers have had a different experience.

A leaky roof or sunroof is one of the most common 2014 Jeep Compass issues. Rain and snow always leak into the passenger side, according to several disgruntled owners. 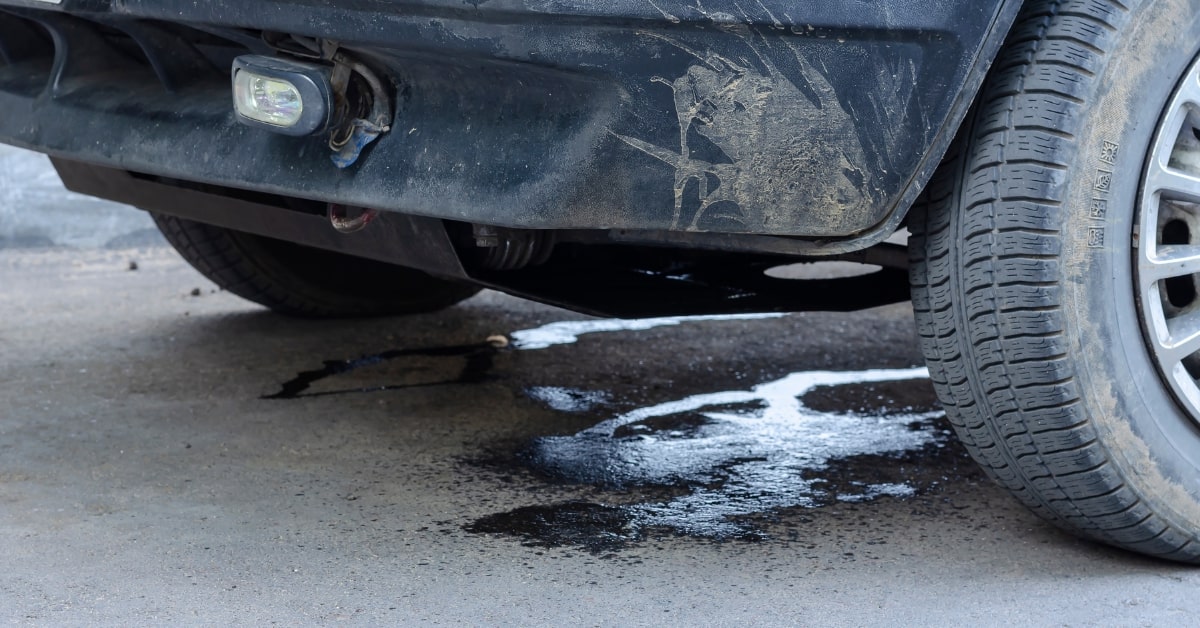 The Jeep Compass’s front and back roof leaks were reported on cars between 2007 and 2010. The issue seems to focus on the roof’s ditch and the sunroof. Repairs were reasonably priced and included inspecting all plugs and grommets, as well as waterproofing the sunroof drainage tubes, roof seams, and other surrounding areas.

Water Leaks in Other Jeep Vehicles

In 2015, Financial Conduct Authority issued a TSB (#23-035-15) to remedy this leaky roof problem. Apart from the Jeep Compass, this fault was also identified in certain Dodge Journey, Jeep Patriot, and Dodge Caliber models, as per this bulletin.

The Final Verdict: Is the Jeep Compass a Reliable Vehicle?

The answer to this question is that it depends. An older model Jeep Compass may give you several issues, while users may experience no issues with the second-generation, newer models like the 2022 Jeep Compass.

We recommend doing your research if your heart is set on a Jeep Compass and you want to test out an older model. Avoid models with numerous and recorded problems, especially those that may lead to accidents or leave you stuck on the side of the road.

You can acquire a dependable, high-quality second-hand Jeep that will provide you with years of faithful service with a little homework.

Have You Experienced Several Problems with Your Jeep Compass?

If you have encountered one problem after the next with your Jeep Compass and the dealer or manufacturer has done little to nothing to help you resolve the issue, you need a reliable lemon law attorney to fight for your rights.

We can hold manufacturers responsible for endangering the safety of motorists and passengers and fight for compensation on your behalf. Contact us today for a free consultation to discuss the details of your case!