Chevrolet is an American automaker that’s been in business since 1911. It is part of the General Motors Company. Throughout its years in business, the manufacturer has produced numerous cars, trucks and SUVs. With so many models on the road, it’s important to evaluate the average Chevrolet reliability rating before choosing a vehicle. Otherwise, you could find yourself with a lemon car.

Some of the most popular Chevrolet models of all time include the Chevy Silverado, Chevy Impala, Chevrolet Camaro and Chevy Cavalier. Just because these are popular Chevy vehicles doesn’t make them worth your time. Not every Chevy is a reliable model. In this guide, we discuss the average Chevrolet reliability rating, the average annual repair cost and the most reliable vehicles worth looking at.

If you’ve purchased a defective Chevy you may be entitled to a refund, replacement or cash reimbursement please contact Cali Lemon Lawyers for a free case evaluation. 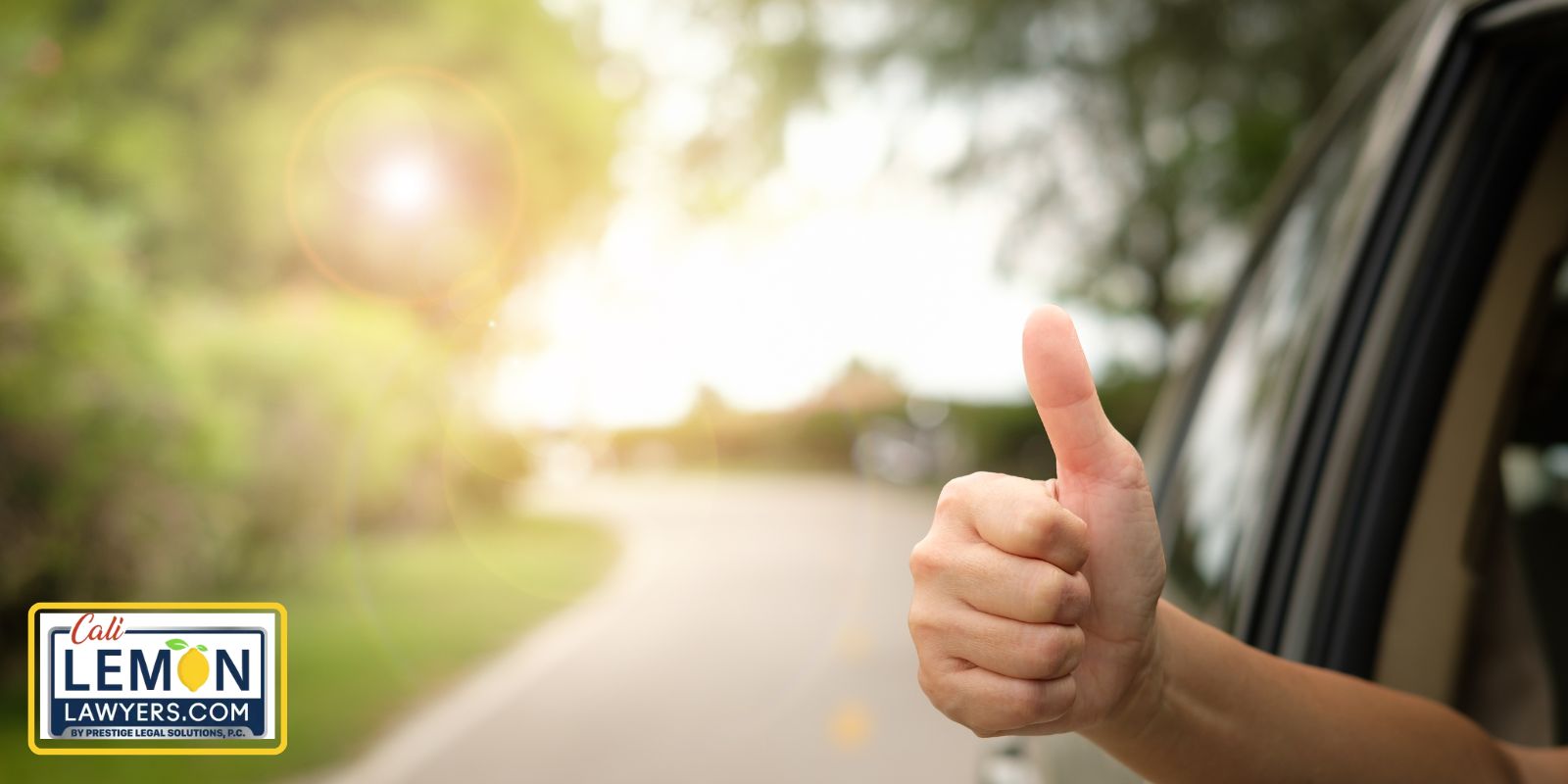 Depending on the study you look at, you can find differing reviews. However, all seem to reflect that Chevrolet isn’t the worst or the best in terms of the reliability rating.

Starting with Consumer Reports, most Chevy vehicles rank from average to low. Part of the lower rating is due to an increase in vehicle problems. Yet, the brand continues to rank highly for customer satisfaction.

The most recent J.D. Power study in 2022 places Chevrolet above average among other brands for dependability. It is placed higher than Ford, GMC, Jeep and RAM. However, Buick and Cadillac are two American car brands that fare better in rankings.

Finally, a recent report from RepairPal shows a reliability rating of 3.5 out of 5.0, which is considered above average. We examine this report in depth in just a moment when we discuss the annual repair cost of Chevy vehicles. 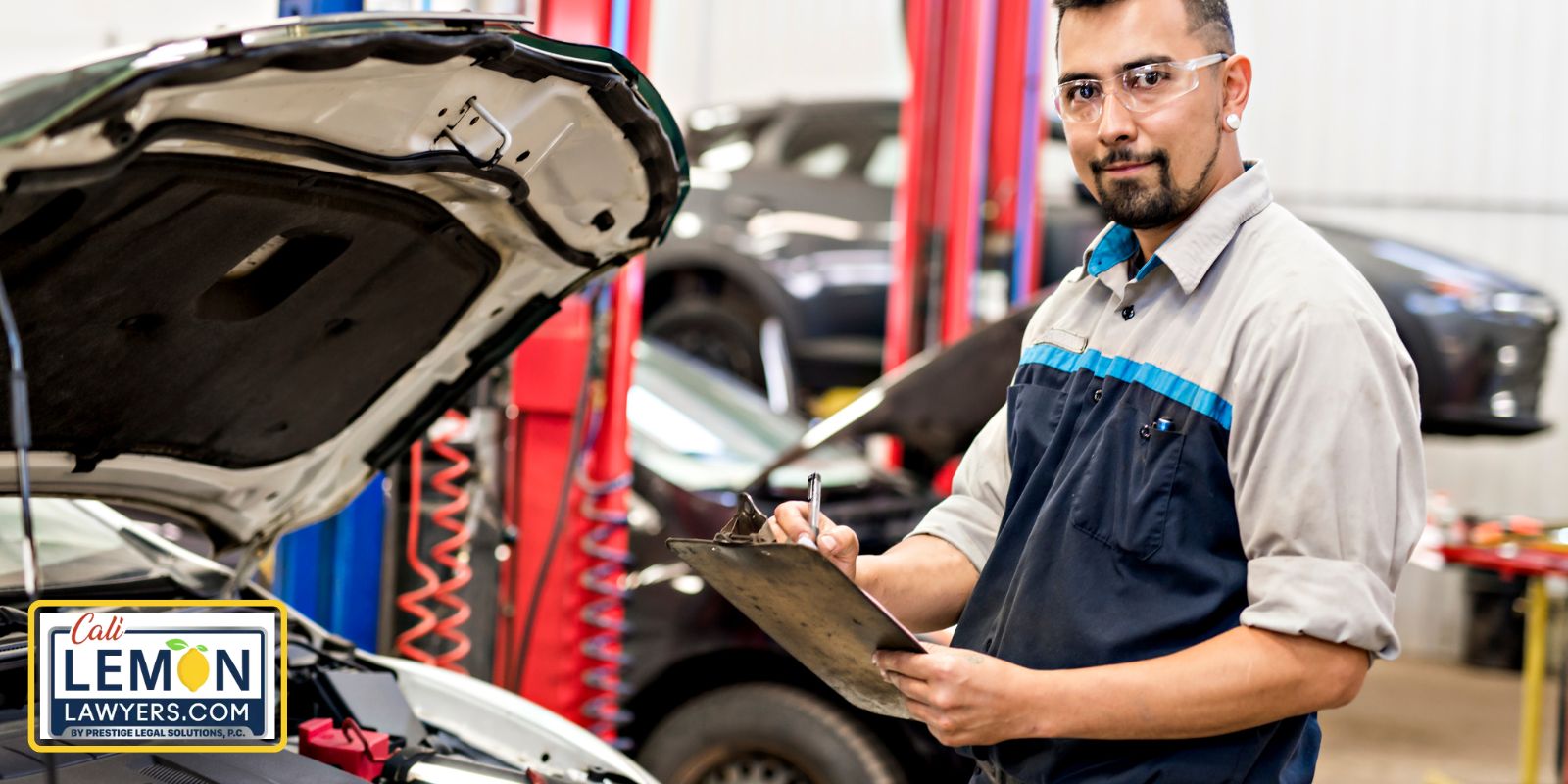 Looking back at that RepairPal report, we see an average annual repair cost of Chevy vehicles listed as $649. This figure changes based on what type of vehicle you drive and the model year. When compared to other brands, this cost is average.

Chevy vehicles also tend to visit the repair shop slightly less frequently than other brands. RepairPal estimates the Chevrolet lineup will visit 0.3 times a year for an unscheduled repair, while the average across all brands is 0.4 times.

However, the severity of problems tends to be higher. The study shows that 15% of Chevy repairs are urgent, which is much higher than the average of other brands at just 12%. 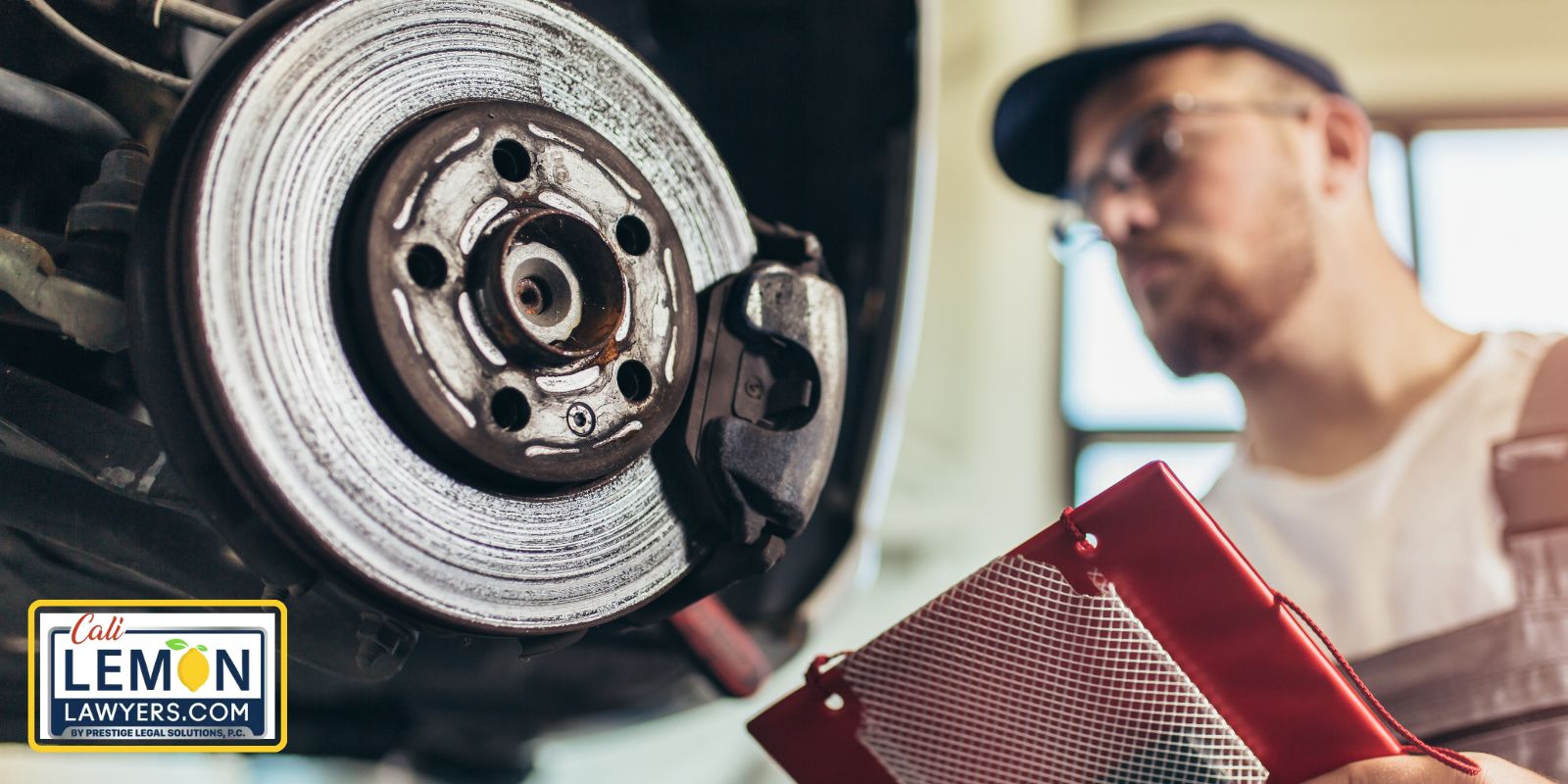 While some Chevy vehicles have minimal problems, there have been common threads among the defects, revealing significant issues in some cases. For starters, many Chevy owners complain about air conditioning failure. This may not be a big deal if you live in the north, but in California, air conditioning is a must-have.

Additionally, there have been numerous reports of rough shifting. If you enjoy riding a bucking bronco, you might feel at home with a Chevy. Otherwise, this failure creates an uncomfortable ride.

Additionally, two common complaints include fuel pump failure along with a sticking ignition key. Neither of these problems is simple to fix and can lead to higher repair bills. 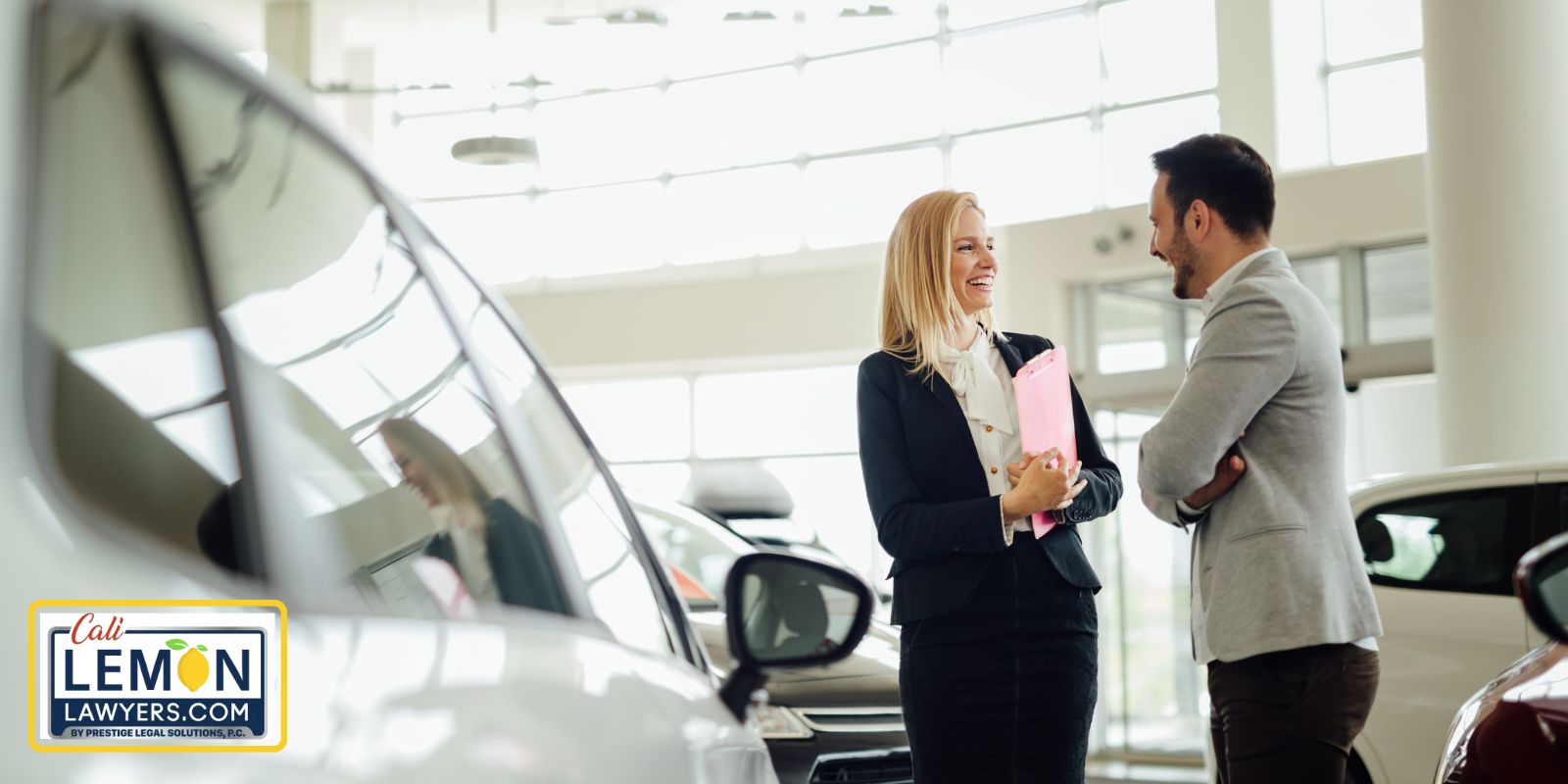 When buying a new vehicle, many consumers think the automaker’s warranty covers every problem that occurs. However, the Chevy warranty isn’t that impressive and it contains a lot of exclusions that can leave you stuck.

If a defect doesn’t get resolved during these warranty terms, you are on your own to have it repaired. With so many problems occurring on vehicles, it’s possible to be stuck with a lemon Chevrolet model. 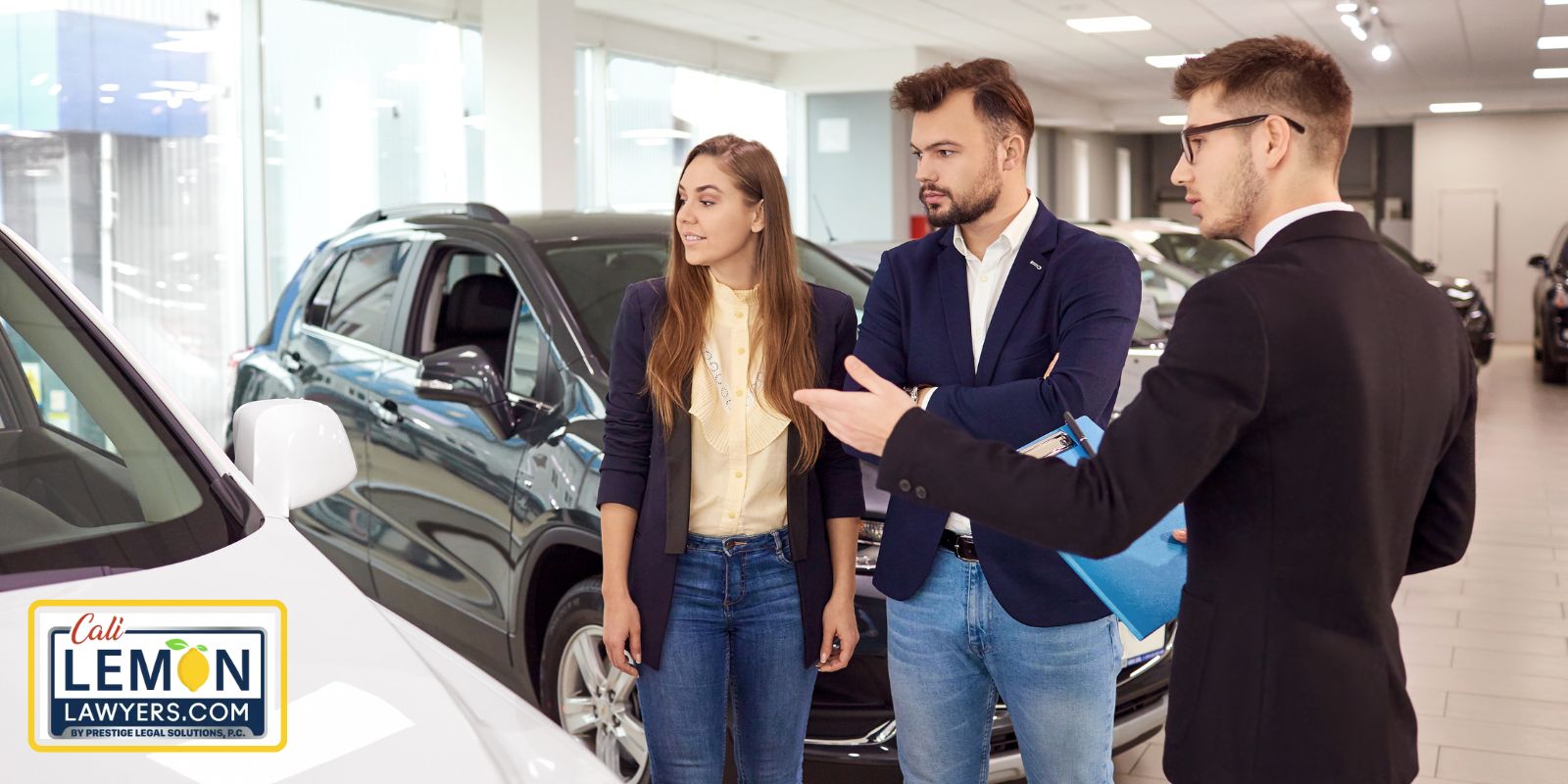 Based on recent Consumer Reports rankings and the NHTSA databases, these are some of the most reliable Chevy models to consider.

Consumer Reports gave this Chevy sedan high-reliability scores. Plus, consumers have reported only a handful of complaints to the NHTSA. At this time, there are also no recalls for this Chevrolet Impala.

When it comes to sports cars, few are as recognizable as the Chevrolet Camaro. Thankfully, the 2019 Camaro is also one that gets good ratings from publications and consumers. There are minimal complaints with the NHTSA and so far, only one recall that’s a minor problem, affecting only a handful of Chevrolet models.

The 2021 Chevy Colorado might not be the most purchased truck, but it’s one of the most reliable. According to the NHTSA, there are very few complaints and only one minor recall to worry about.

It’s important to look at vehicle rankings from multiple sources. Many of these did well in Consumer Reports testing, but when digging deeper, you see a large list of consumer complaints with the NHTSA. For that reason, it’s best to avoid these models.

Not only are customers complaining about this heavy-duty pickup, but there’s a dangerous recall that leads to a fire risk. On top of that, the NHTSA is currently investigating an air bag malfunction that’s leading to injury.

There are 40 customer complaints on the NHTSA website, mainly dealing with the fuel and electrical system of the Chevrolet Bolt. Plus, two recalls exist, both of which can lead to a fire hazard. Either way, the Bolt is one vehicle that’s not worth driving.

The Chevrolet Equinox has been a troublesome model since its inception, but the 2022 year is one to stay far away from. Not only is the Chevrolet Equinox racking up consumer complaints quickly, but there are three recalls, all dealing with poor workmanship.

Before you choose a new or used Chevrolet vehicle, it’s important that you perform a complete inspection on it. Here are a few tips that help you avoid a lemon Chevy.

·         Look for signs of a leak. The car may smell moldy or there could be wet spots on the interior surfaces.

·         Take the vehicle for a test drive. During the test drive, try out all of the accessories and drive the vehicle on a road similar to the one you will usually travel on.

If you don’t know what to look for, it’s best to pay a mechanic to inspect the vehicle. Most mechanics offer a flat rate to do a used car inspection. Look at the small cost as an insurance policy keeping you from inheriting hefty Chevy repair bills.

It depends on what model you choose. Across the board, Chevrolet seems to have an average reliability rating, but some models are worse than others. Avoid the 2021 Chevy Silverado 2500HD, 2021 Chevy Bolt and 2022 Chevy Equinox if you don’t want to deal with repair bills.

Is Chevy More Reliable Than Toyota?

No. According to the J.D. Power Dependability Study, Toyota is one of the most reliable brands today. It ranks fifth, behind Kia, Buick, Hyundai and Genesis, while Chevy is listed towards the middle of the list.

If the Chevy is well cared for and all maintenance is performed, it could last between 200,000 and 300,000 miles. However, some models tend to fail prematurely, which reduces the dependability of the Chevrolet brand as a whole.

Which Chevy Car is Most Reliable?

Both the 2020 Chevy Impala and 2019 Chevy Camaro have scored high-reliability marks. If you are in the market for a truck, you might prefer the 2021 Chevy Colorado, which also has minimal complaints and seems to be mechanically sound.

Do Fords or Chevys Last Longer?

Either brand can last 200,000 or 300,000 miles when cared for properly. However, the J.D. Power Dependability Study lists Chevrolet as being slightly more reliable than Ford vehicles. Chevy ranks six spots higher than the Blue Oval.

What Car Brand is Most Reliable?

American vehicles don’t tend to rank the highest in studies. J.D. Power polled drivers and found that Kia seems to be the most reliable. Right behind Kia are Buick, Hyundai, Genesis and Toyota.

Overall, Chevy cars seem to rank in line with most other brands. RepairPal, J.D. Power and Consumer Reports all agree that Chevrolet runs about average with other leading brands. With that said, there are some Chevy models that are more reliable than others.

For that reason, it’s important to determine if the Chevy model you are looking at is reliable before buying it. Otherwise, you can end up with expensive Chevy repair bills that you aren’t prepared for.

Additionally, you should evaluate other factors beyond reliability when choosing a car. Look at the fuel economy, average ownership costs and safety ratings before you make a decision.

If your Chevy vehicle has defects that aren’t being handled properly, take action to secure your legal rights by contacting the Cali Lemon Lawyers by Prestige Legal Solutions, P.C.! You have rights and we will fight for them.