Experiencing problems with your 4L60E transmission? As with any transmission, specific issues can seemingly appear out of nowhere. Knowing the signs, symptoms and solutions of a failing transmission can help you avoid the headache.

Below we provide 10 warning signs and causes of a failing 4L60E transmission along with additional helpful information to help you be as educated as you can regarding your vehicle’s transmission.

If you’ve experienced 4L60E transmission problems, you may be entitled to compensation under the lemon law.  Contact Cali Lemon Lawyers today for a free consultation: (310) 627-2665

About the 4L60E Transmission

Let’s break down its name to understand precisely how this transmission operates. 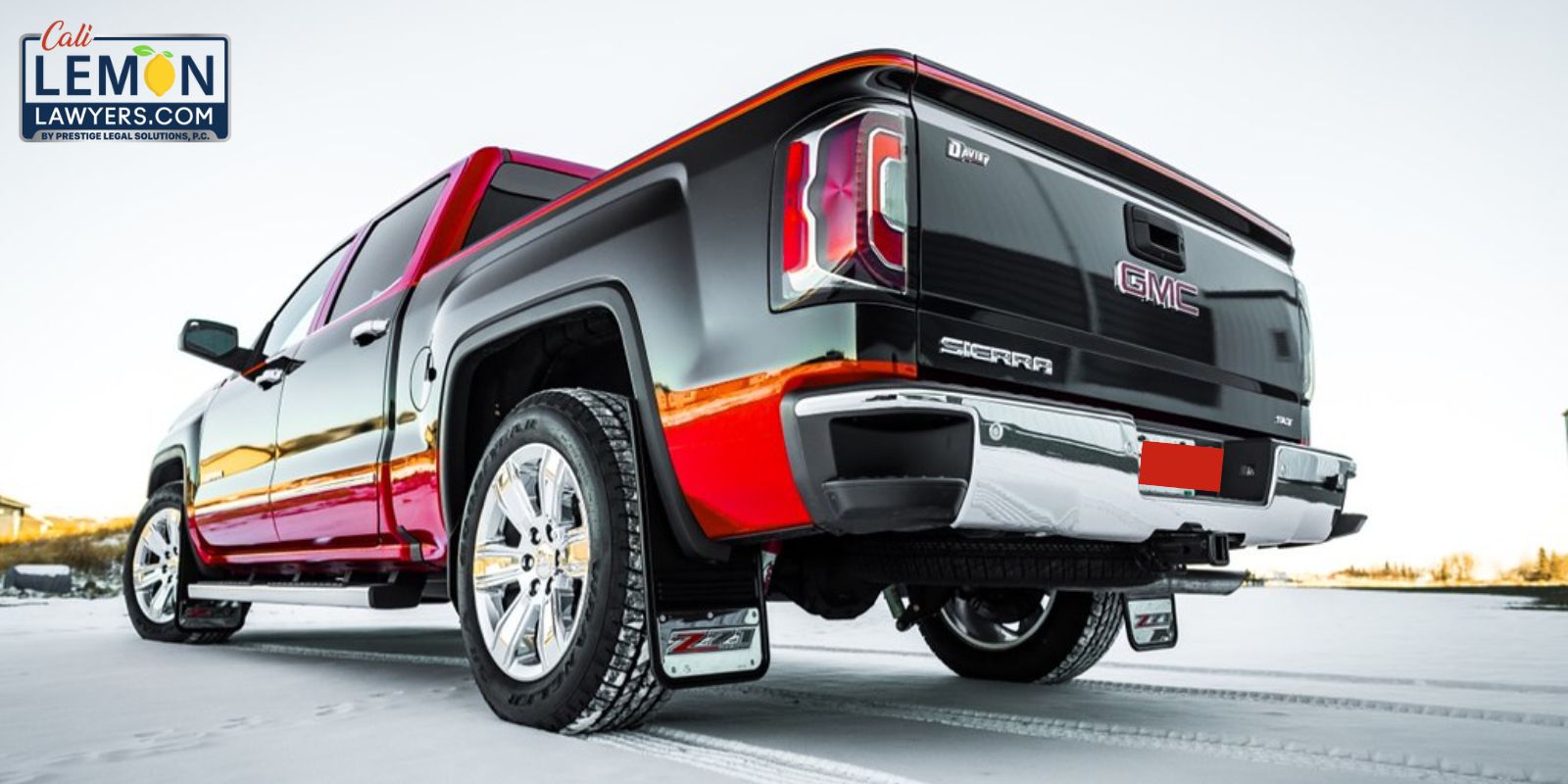 The following is a complete list of vehicle models that contain the 4L60E transmission. 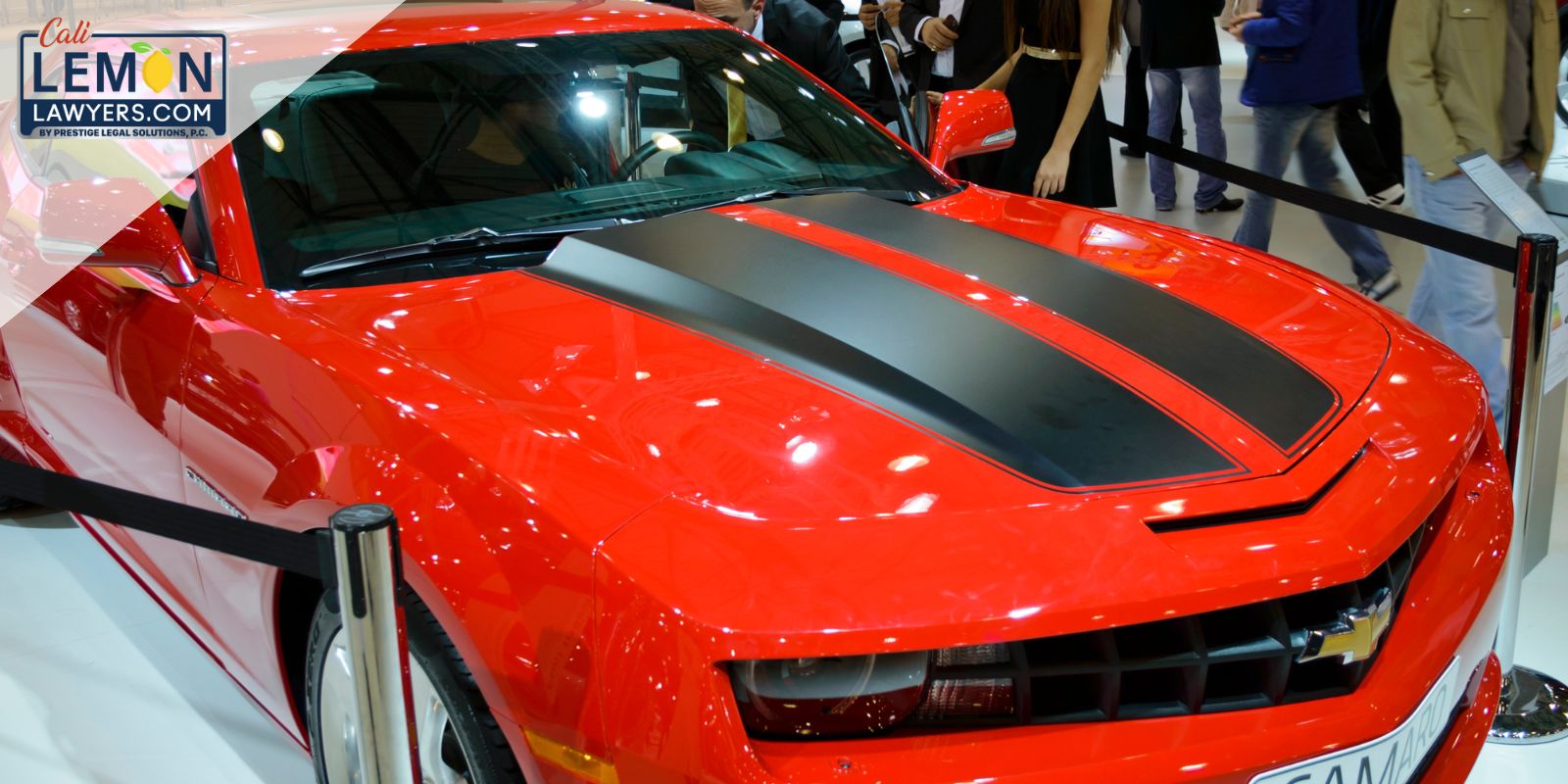 The 10 Most Common Problems With the 4L60E Transmission

While the 4L60E transmission is considered one of the best by GM, it is not without its flaws. Unfortunately, transmission issues have been said to occur even with the best care and maintenance.

Below are a few of the most common problems that are known to plague the 4L60E transmission, including why your vehicle cannot shift gears and how to know if your pump is bad.

We also offer possible causes, fixes, and costs for your convenience. Please keep in mind that these aren’t definitive solutions for every case.

The most common gear issue for a 4L60E transmission is a loss of third gear. This problem typically occurs out of the blue. You can put the vehicle into drive and shift it into second gear without issue, and just as you try to go into third, nothing happens. It’s as if your vehicle is stuck in neutral and can’t proceed. This problem happens because the piston rubber seals have shrunk from age and heat.

To fix this issue, usually, you’ll need a new piston and clutch. A new piston’s average cost is between $1,000 to $5,000, and the average price of a new clutch can cost between $900 to $1,800. Although, pricing will depend upon your vehicle and the shop you use. 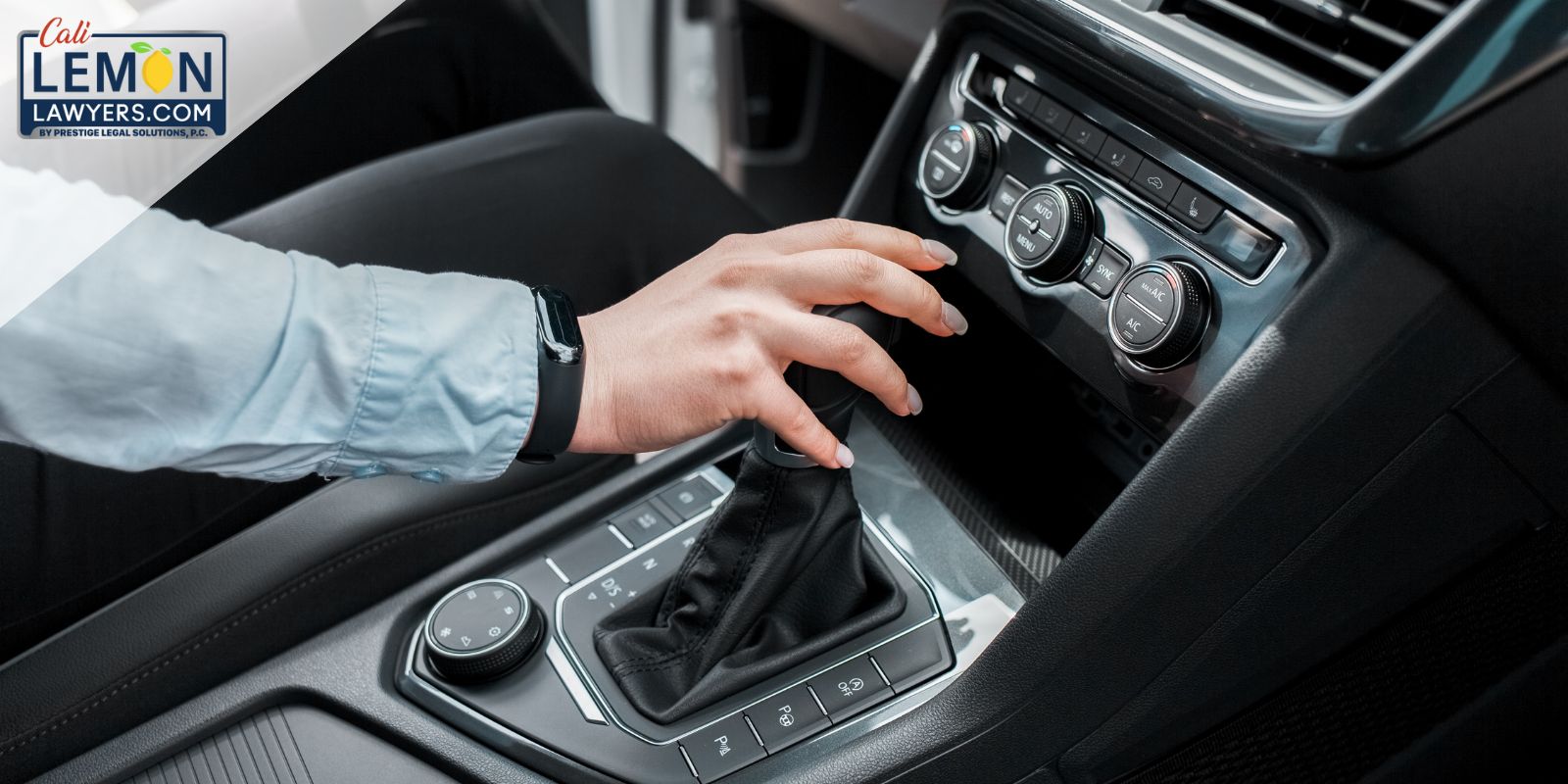 The second most common gear issue for a 4L60E transmission is the inability to shift into second gear or go into reverse. This problem typically appears when the drive shell breaks.

The third most common gear issue for a 4L60E transmission is difficulty shifting into the second gear. A 4L60E transmission experiencing this issue will feel like it has a shift kit installed. That means it will feel like you need to apply more force when shifting into second gear. This problem typically occurs when your TCC regulator valve wears out.

To fix this issue, you need to replace the clutch. A professional mechanic or specialist should perform this repair. The average price of a new clutch can cost between $900 to $1,800. Although, pricing will depend upon your vehicle and the shop you use.

A loss of all gears can occur. This problem typically occurs if your vehicle experiences a total loss of fluid or if pump failure occurs.

You should first check your vehicle’s fluid levels to fix this issue. Be sure to turn your engine off before doing this. If the fluid levels appear correct, start the engine and double-check the levels. You will know the pump is broken if the fluid levels don’t decrease while the engine is running. If the pump is broken, it will need to be replaced. The average price of a new pump can cost between $400 to $1,200. Although, actual pricing will depend upon your vehicle and the shop you use. 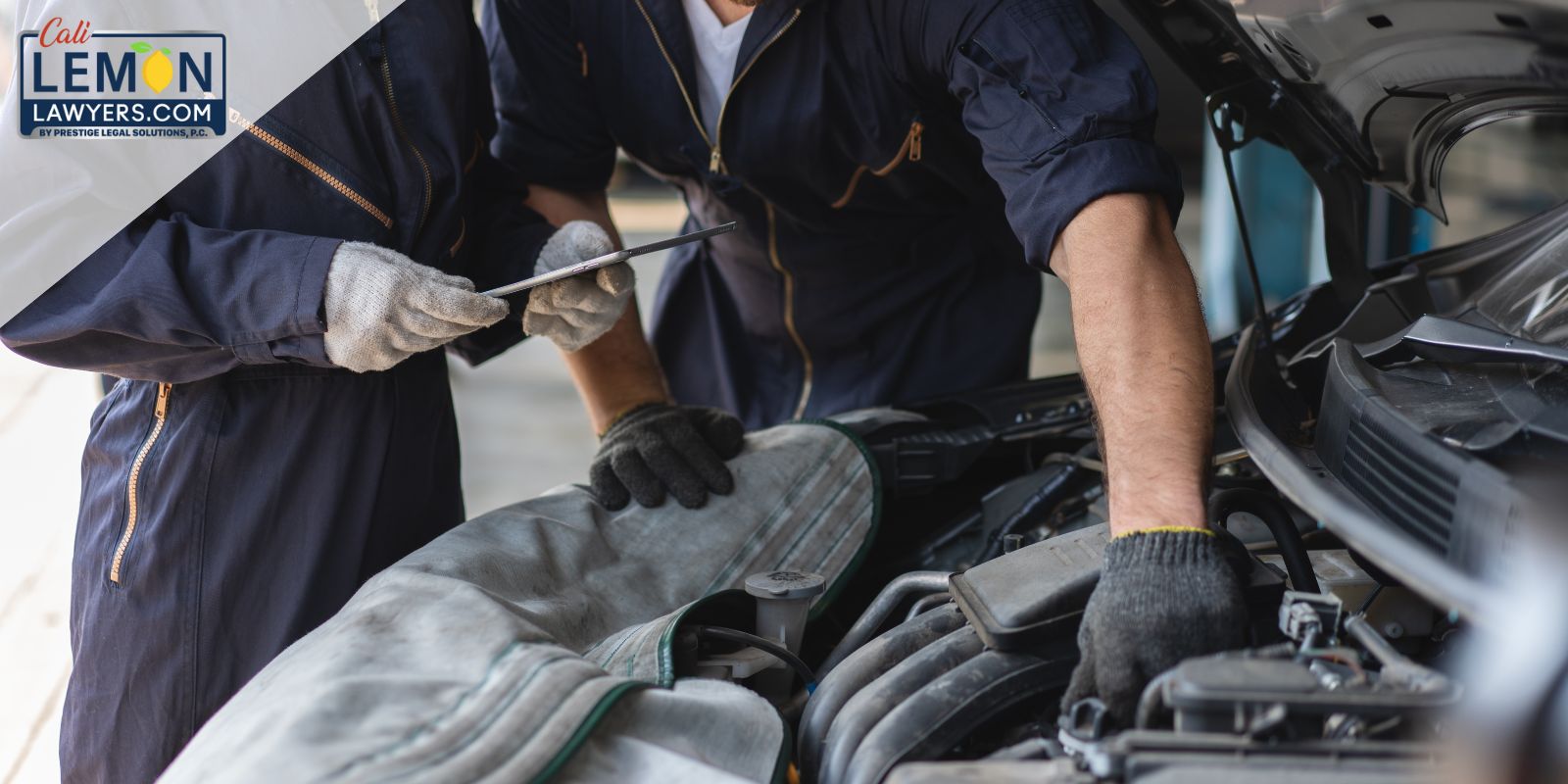 A common issue for all types of transmissions, slipping occurs when problems with the transmission fluid happen. For example, transmission fluid issues may arise when the fluid level is low. In addition, a leak or burned or old part can cause the problem to become persistent. Common indicators of slipping may include burning odors and terrible metal noises like whining or grinding. Furthermore, the check engine light might even pop on.

To fix this issue, you should check your fluid level by removing the dipstick and determining if the levels are low. If the levels are low, you can try refilling the fluid and seeing if that resolves the problem. If the levels aren’t low, the problem could be any number of causes, and a professional mechanic or specialist will need to determine the exact cause. Pricing will depend on the part that needs replacing, the vehicle, and the shop you use.

The transmission will need to be removed and rebuilt to fix this issue. A professional mechanic or specialist will need to determine the exact cause. Pricing will depend on the part that needs replacing, the vehicle, and the shop you use. 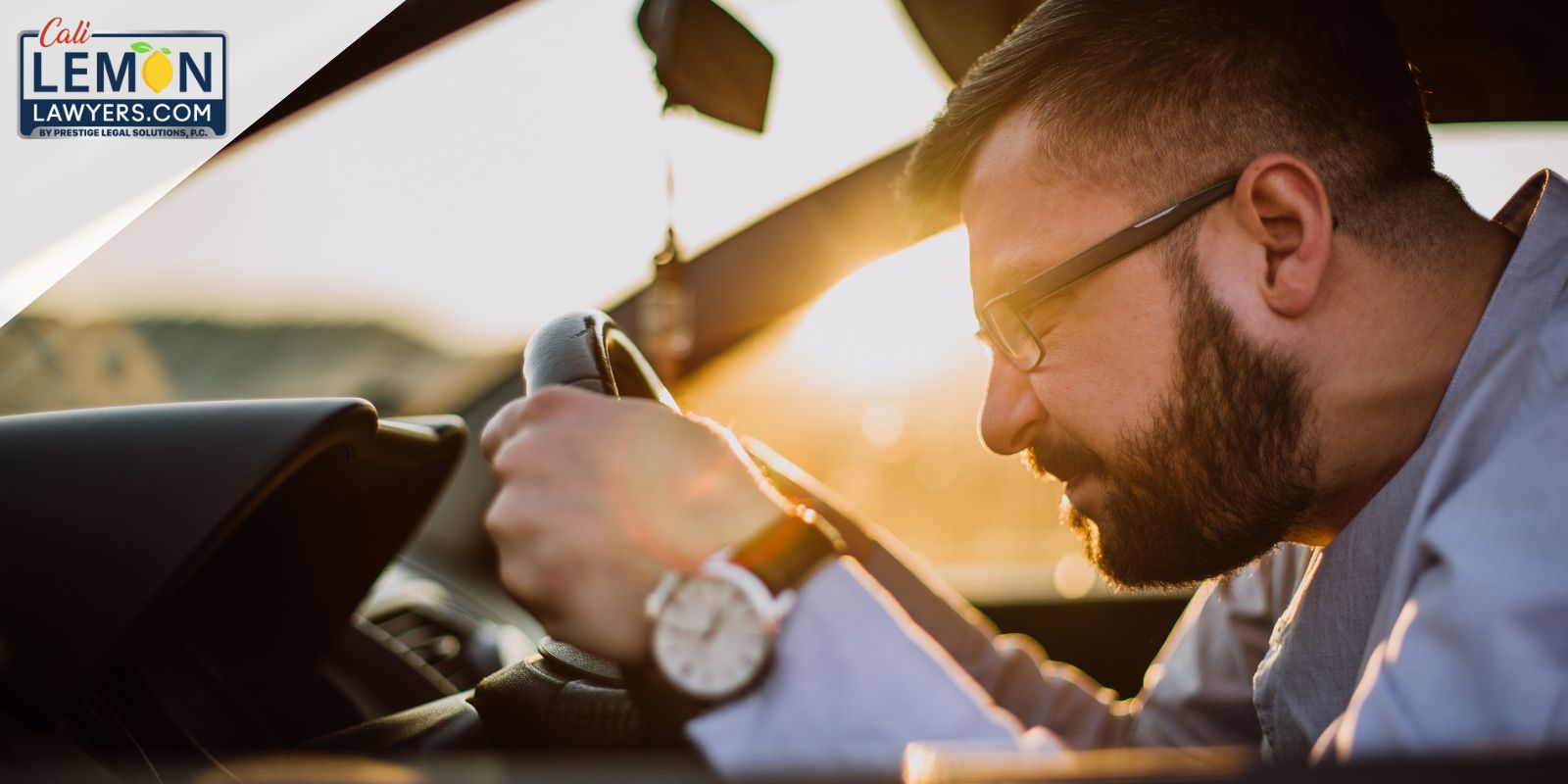 If your 4L60E transmission experiences this issue, it could most likely be caused by a blocked cooler line or an overfilled transmission.

To fix this issue, flush the transmission cooler to remove the blockage. While there are various transmission cooler cleaning solvents, they don’t always eliminate the stoppage. You’ll need to replace the cooler line if the blockage doesn’t come completely undone on the first try. The average price of a new cooler line can cost between $100 to $500. Although, actual pricing will depend upon your vehicle and the shop you use.

Over time you may notice that your 4L60E transmission does not want to shift into overdrive. The overdrive is essentially the fourth gear, which can arise due to several issues—causes for this issue range from linkage issues to band failure. To determine if the issue is simply a linkage issue, you can try shifting in OD down to D, 2, and then 1. You most likely have a linkage issue if you didn’t hear or feel the typical three clicks as the gears shifted. A

The transmission will need to be removed and rebuilt to fix this issue. Since there a multiple causes for this issue, a professional mechanic or specialist will need to determine the exact cause. Pricing will depend on the part that needs replacing, the vehicle, and the shop you use.

If your 4L60E transmission is experiencing any of the following issues, the most likely cause could be its solenoid. A faulty solenoid can cause problems such as erratic shifting, failure to downshift, or being stuck in neutral. Furthermore, a broken solenoid wire will cause severe vibrations or higher than average voltage. However, a melted solenoid wire will cause a drastic transmission temperature or higher than average voltage.

The transmission will need to be removed and rebuilt to fix this issue. Since there a multiple causes for this issue, a professional mechanic or specialist will need to determine the exact cause. The average price of a new solenoid can cost between $40 to $100. Although, actual pricing will depend upon your vehicle and the shop you use.

Although the above list includes several common problems that the 4L60E transmission can experience, it is in no way a complete list of possible issues. Unfortunately, if you find yourself with a 4L60E transmission experiencing a problem you can’t resolve, you may need to replace it.

If your 4L60E transmission does need replacing, it could cost between $3,000 – $4,500 for the part alone. If your vehicle is still under warranty, you may be able to use California’s lemon law to your advantage. Contact Cali Lemon Lawyers to see how we can help you today!.